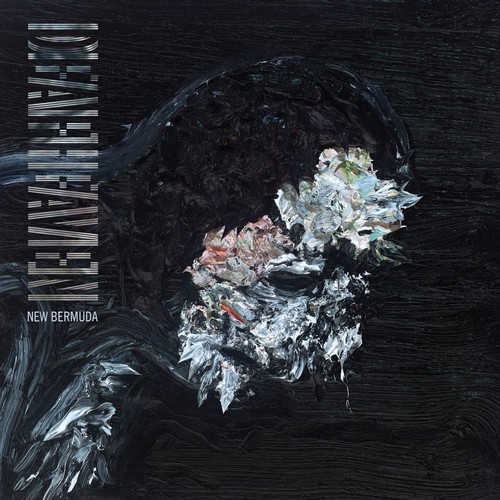 San Francisco’s Deafheaven found massive critical success when their 2013 album Sunbather was an unexpected crossover hit, earning the band a 92/100 Metacritic score and ending the year as the best reviewed album of 2013. No one could have anticipated a band that drew from equal parts Weakling and My Bloody Valentine ascending to such heights, and that incomprehensibility added to the band’s singularity and allure. Two years later, founding members George Clarke and Kerry McCoy began working on their ANTI debut, New Bermuda, with a new perspective. Says Clarke: “Sunbather yearned for something better.

New Bermuda focuses on the idea of false promise, achieving something and wondering if it’s what you really wanted in the first place.” McCoy shares that sentiment: “Sunbather sounds like people who have nothing but are satisfied with life. There’s an uplifting quality to it. But New Bermuda is a very tense record.” McCoy cites death metal demigods Dissection and Morbid Angel, the blackened death pioneers Behemoth, and Cliff Burton-era Metallica as influences on the new album. As New Bermuda progresses, Deafheaven travels further outside of their comfort zone, feasting on other niches of underground metal and offsetting the blunt force of their feral rage with more complex and nuanced beauty. A sophisticated and subdued pop element kicks off “Baby Blue”, before the band abruptly shifts into an amalgam of NWOBHM’s anthemic urgency and thrash metal’s racing chugs. There’s a brief comedown where the band veers into the musique concrete soundscapes and hushed melodrama of early Godspeed You! Black Emperor before “Come Back” resumes the band’s merciless assault of stampeding drums and vitriolic guitar harmonies, only to shift mid-song into the somber territories of 4AD’s early catalog. Which is not to say that Deafheaven have softened their approach; New Bermuda offers the most punishing music of the band’s career in the wake of their greatest success.