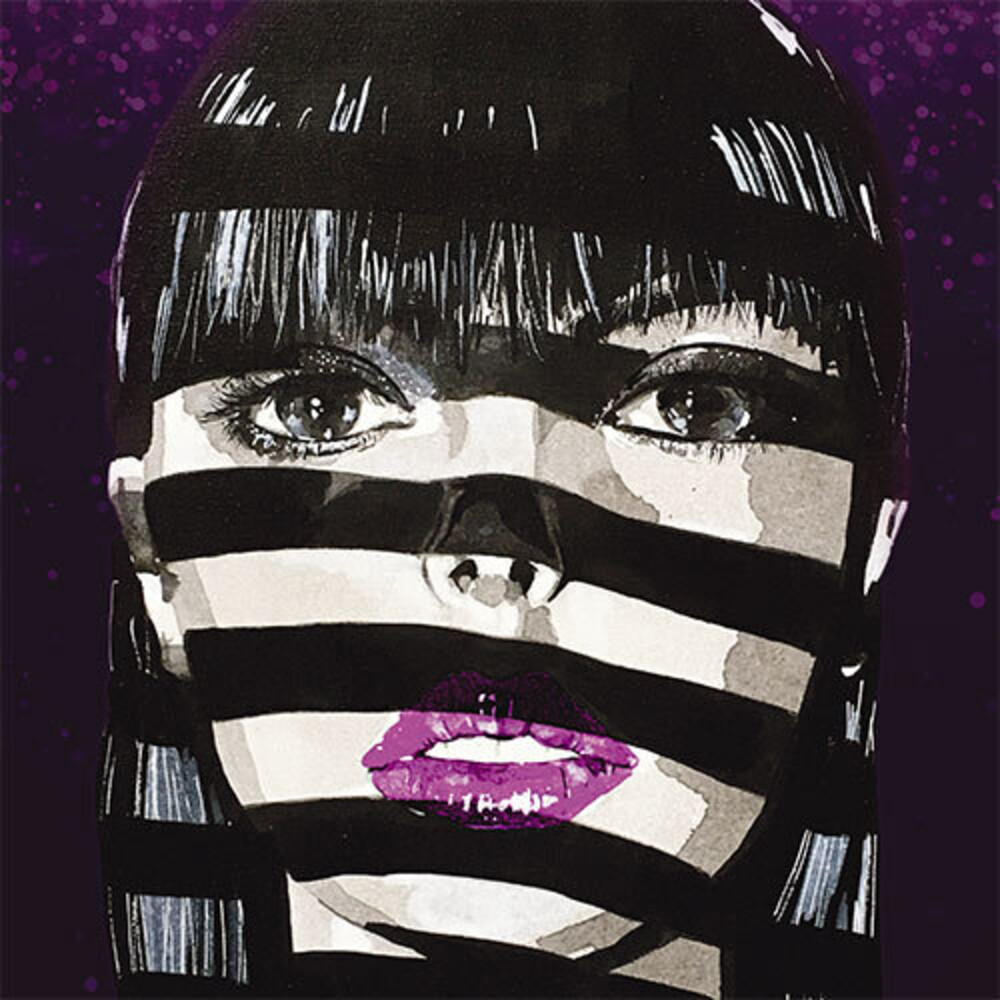 Purple Disco Machine unveils sophomore album 'Exotica' in all of it's disco glory.With the release of his debut LP 'Soulmatic' released in 2017 via Sweat It Out, Purple Disco Machine gave us the first glimpse of what we could come to expect from the now world renowned producer. Responsible for a multitude of hit singles from the club world including 'My House', with the debut LP also birthing the massive successes of 'Devil In Me', and 'Body Funk'.Now the formidable producer offers a more intimate side to his artistry, inviting us into the world of his sophomore album 'Exotica'. The LP pays homage to the 80s and the plethora of artists that inspired him to create and set him on the path of becoming the internationally acclaimed producer he is today. The 14 tracker boasts all the elements of his heartfelt favourites throughout the decade - the synth pop from the UK, Italo disco styles of Moroder, Milan & Munich, the funk of Prince, the R&B electro soul of Luther Vandross & Jam & Lewis, to influences from George Michael, and Quincy Jones. So ingrained in his musical identity, Purple Disco Machine's artist name is a deliberate collage of the colour of his 80's funk hero Prince and the uplifting fun dance beat of Gloria Estefan's Miami Sound Machine.The album encompasses all the grooves, signature guitar licks, and funky basslines that are synonymous with a Purple Disco Machine record, whilst having moments of light and shade inviting you further into his universe. Having already released a handful of singles from the LP, including the Sophie and the Giants collab 'Hypnotized', 'Fireworks feat. Moss Kena & The Knocks', 'Playbox' and more recently 'Dopamine feat. Eyelar', Purple Disco Machine has quickly gained a mammoth international following eager to hear more. 'Hypnotized' became an anthem the world over, having been streamed over 275 million times across platforms, whilst going triple Platinum in Italy, Poland and Switzerland, with the carefree stylings of 'Fireworks' quickly following suit with over 80 million streams to date, whilst dominating airwaves across Europe hitting #5 on the overall chart, and #1 across Italy and Germany. Further skyrocketing up the Shazam Charts, the single went to #1 in Germany, and #3 across Italy, Denmark, and Austria to become another certified hit for Purple Disco Machine.The album opens with 'Can't Get Enough' featuring Australian songstress Sahara Beck, and for all his fans across Europe, is the perfect follow on from 'Hypnotized'- hitting all the same feels as the breakout single. Teaming up with long term collaborator Lorenz Rhodes once again for the release of 'At The Disko', the duo have created an instant and lively dance floor heater, incorporating the vocoder as they did previously on 'Music In You', and breaking into some seriously heaving piano chords and claps to keep that energy all the way through. 'Don't Stop' is a return to his more traditional club leaning records, likewise, title single 'Exotica feat. Mind Enterprises', and the 'Body Funk Part 2' vibes of 'Playbox' which has been represented in video as a truly incredible cosmic journey. Also sitting on that club tip is 'Loneliness', his track with cult underground Italian producer Francesca Lombardo, which oozes a patient charisma throughout.Taking time to slow things down on 'I Remember', Tino has collaborated with Elderbrook, who has become one of the most iconic singers in the electronic space in recent years - his transcendent vocals shining through, with soaring synths, and harmonic vocal effects, creating a heavenly slice of melancholy disco. Following through with another mellow jam is the album closer 'Wanna Feel Like A Lover feat Ed Mac', which is a true amalgamation of 80s flair even boasting the decade's trademark sax solo! Moving further outside his contemporary disco template, Tino has teamed up with Ukranian / English duo Bloom Twins on 'Opposite of Crazy' colouring their unique blend of alt dark synth pop, with quirky and boisterous squalls of Prince-esque guitar throughout. Energy, soul, and pure fierceness shines through from the very first note of the anthemic 'Hands To The Sky' featuring the outstanding vocal talents of Fiorious and House Gospel Choir, and last but not least is the collaboration with Brooklyn disco hipsters Pink Flamingo Rhythm Revue, the uber funky 'Money Money' incorporates the slickest of all vocal lines reminiscent of the sassiest best of Big Apple boogie.Now boasting over 1 billion streams across his catalogue to date, and over 10 million monthly listeners on Spotify, Purple Disco Machine continues to live up to the hype of #2 Beatport Artist of All Time. With a succession of notable remixes for Dua Lipa, Mark Ronson, Foals, Calvin Harris, Fatboy Slim, Sir Elton John, Royal Blood, Lady Gaga & Ariana Grande, Duke Dumont, and Diplo & SIDEPIECE, coupled with his continuous stream of original hit singles over the past four years, Purple Disco Machine's influence on the global dance music scene will be felt for generations to come. Tracklisting:A1: Can't Get Enough (feat. Sahara Beck)A2: At The Disko (with Lorenz Rhode)A3: Fireworks (feat. Moss Kena & The Knocks)A4: Don't StopB1: Dopamine (feat. Eyelar)B2: I Remember (with Elderbrook)B3: Opposite Of Crazy (feat. Bloom Twins)B4: Hypnotized (with Sophie and The Giants)C1: Loneliness (feat. Francesca Lombardo)C2: Hands to the Sky (feat. Fiorious & House Gospel Choir)C3: Money Money (with Pink Flamingo Rhythm Revue)D1: PlayboxD2: Exotica (feat. Mind Enterprises)D3: Wanna Feel Like A Lover (feat. Ed Mac)
back to top