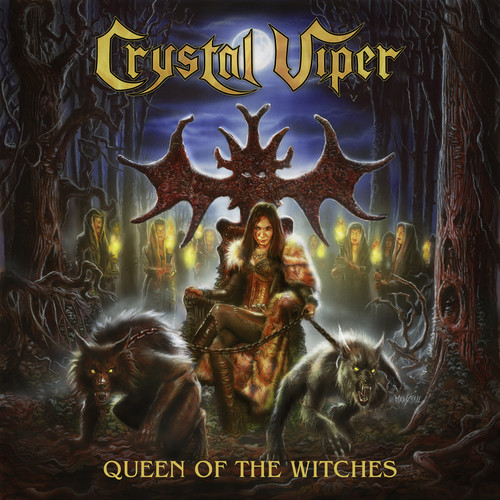 Limited white colored vinyl LP pressing in gatefold jacket. 2017 release. Crystal Viper is a female fronted traditional heavy metal act from Poland, founded in 2003 by singer, guitarist and composer Marta Gabriel. Between 2007 and 2013, Crystal Viper released five studio albums, seven singles and compilations, and toured in more than 15 countries. This hectic schedule established their position and made them known as one of the most hard working and most determined bands of their generation. In 2013, due to health issues relating to the band's front woman and founder, Marta Gabriel, Crystal Viper was forced to stop it's activity, and played the last few concerts. The future of Crystal Viper was placed into question... Until now, as "the witch is back", sounding stronger, heavier and louder than ever before.