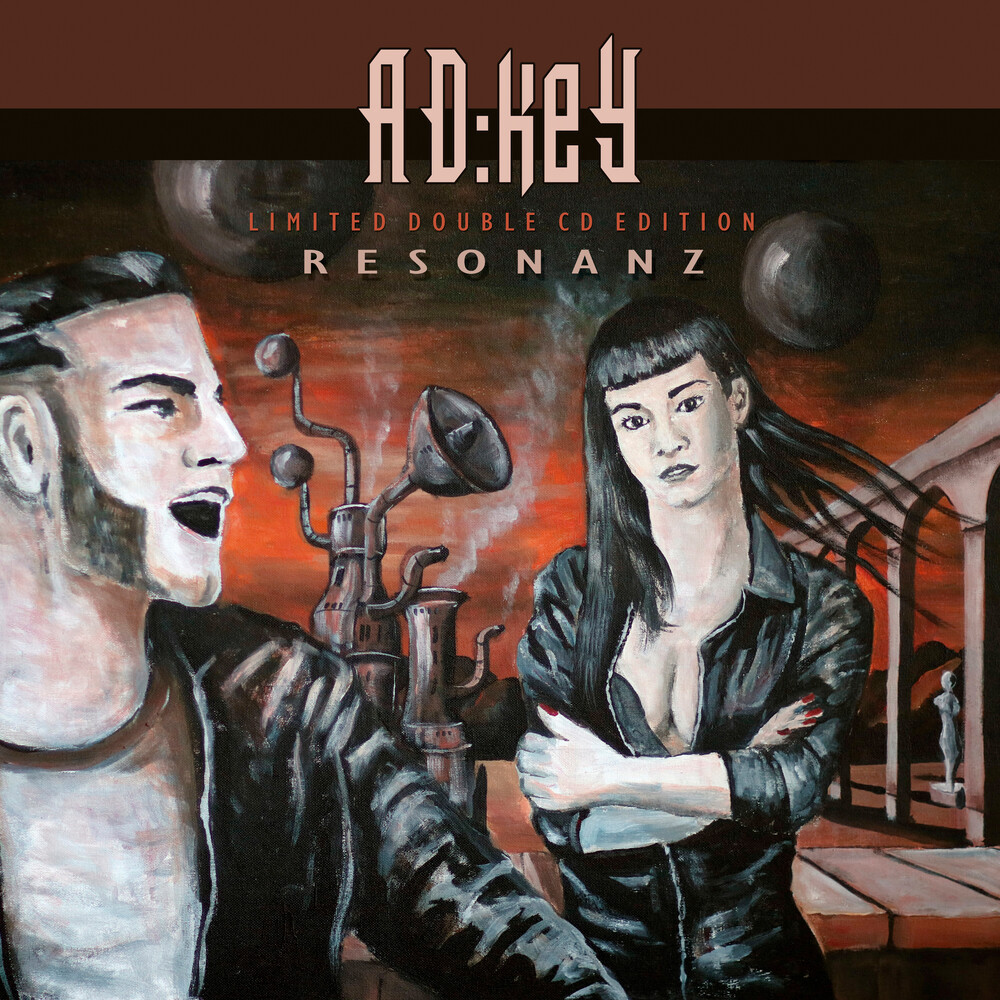 VOn "Resonanz", their very aptly titled 6th full length studio album, Berlin-based duo Ad: Key resume their celebration of their Electronic Body Music roots merging blasting bass lines, hammering beats, catchy synth melodies and powerful combinations of male and female vocals using both German and English languages. Besides these very characteristic elements which all contributed, release after release, to the amazing ascension of Ad: Key's trademark on the underground electro scene, the symbiotic duo of Andrea and Rene Nowotny take us one step further, revealing the production and songwriting maturity they have once again gained since the release of "Reanimator" in November 2017. They intelligently play with minimal analogue synth melodies to reinforce the melodic side of their work, fuse them with hi-energy sequences and top them off with meticulously arranged rhythm patterns which come and reinforce their murderous basslines, while the vocals also gain in both force and diversity, remaining straight and powerful, but being also backed by more spoken, sensual or whispered parts, or even vocoded words... This first edition of this album is available as a limited double-CD deluxe digipak with 12 bonus tracks including alternative versions made by Ad: Key themselves, plus impressive and unexpected hi-energy collaborations with SCHRAMM, STERIL, ARMAGEDDON DILDOS and ROSSI BM.