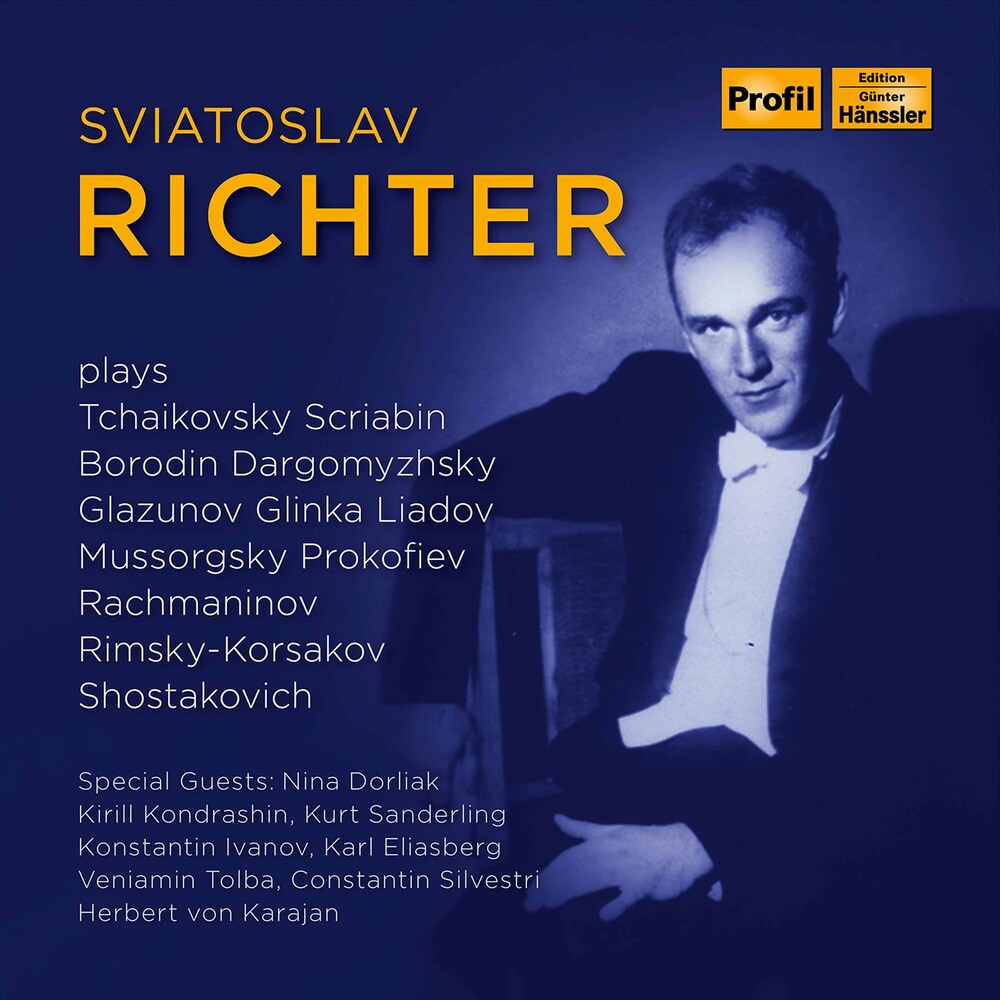 Sviatoslav Richter (1915-1997) was one of the greatest pianists of the twentieth century. Profil Edition GĂĽnter HĂ¤nssler is progressively releasing all the recordings that the great Soviet virtuoso made in his Sturm und Drang period between 1945 and 1963. Most of them were largely unknown in the West during the Cold War, as Richter could only perform till 1960 behind the "Iron Curtain", that is to say, in the Soviet Union and the satellite states of Eastern Europe. Profil Edition GĂĽnter HĂ¤nssler has already released box sets with Richter's interpretations of works by Ludwig van Beethoven (PH 16030), Franz Schubert (PH 17005), Robert Schumann and Johannes Brahms (PH 17967), Franz Liszt and FrĂ©dĂ©ric Chopin (PH 18041), Dmitry Shostakovich (PH 20054) and Sergey Rakhmaninov and Sergei Prokofiev (PH 19052). The present 13-album set is devoted to all the works by Russian composers that Sviatoslav Richter recorded live or in the studio between 1946 and 1963.
back to top