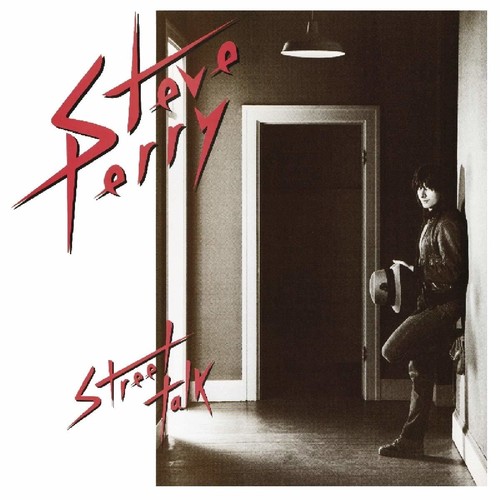 'Street Talk' was going to be the name of Perry's pre-Journey band in the '70s, the short-lived rock group 'Alien Project', with drummer Craig Krampf. Unfortunately one of the band members, Richard Michaels, the bass player, got killed in a car accident which meant the end of the band. The just recorded demo landed on Journey manager Herbie Herbert's desk. The rest, as they say, is history. 'Street Talk' featuring drummer Craig Krampf contains Perry's biggest hit as a solo artist, "Oh Sherrie". The song hit #3 on the Billboard Hot 100 and the accompanying music video was a hit on MTV. Other singles included on the album are "Foolish Heart", "She's Mine" and "Strung Out". The bonus tracks are from his first band 'Street Talk' a.k.a. The Alien Project.