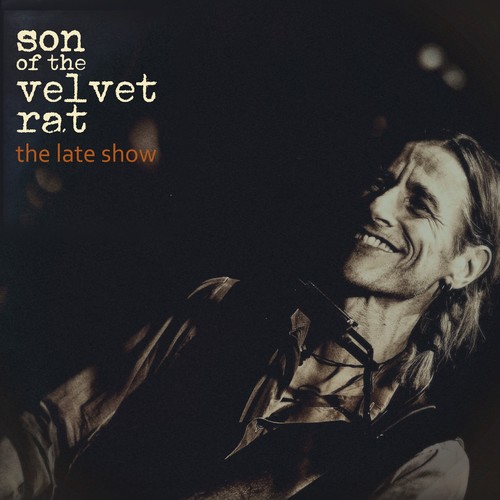 Son of the Velvet Rat celebrate the glorious elusiveness and the sweet heartbreak of song by releasing a new live record. The Late Show is a souvenir from their extensive 2017 tour. The album was recorded at three venues, the Rhiz in Vienna/Austria, Scheune in Wredenhagen/ Germany and The Studio Venue in beautiful downtown Burbank/CA. The 11-song set features several songs from their most recent album Dorado but also reaches back to older material. The ambiance is passionate, sweat-soaked and electric. Georg and Heike's cinematic sound is augmented Fender Rhodes and Drums. Highlights include an epic "Sweet Angela," a brooding version of "Copper Hill," the pulsing Psychedelia of "Surfer Joe" and the world-weary ache of "Franklin Avenue".