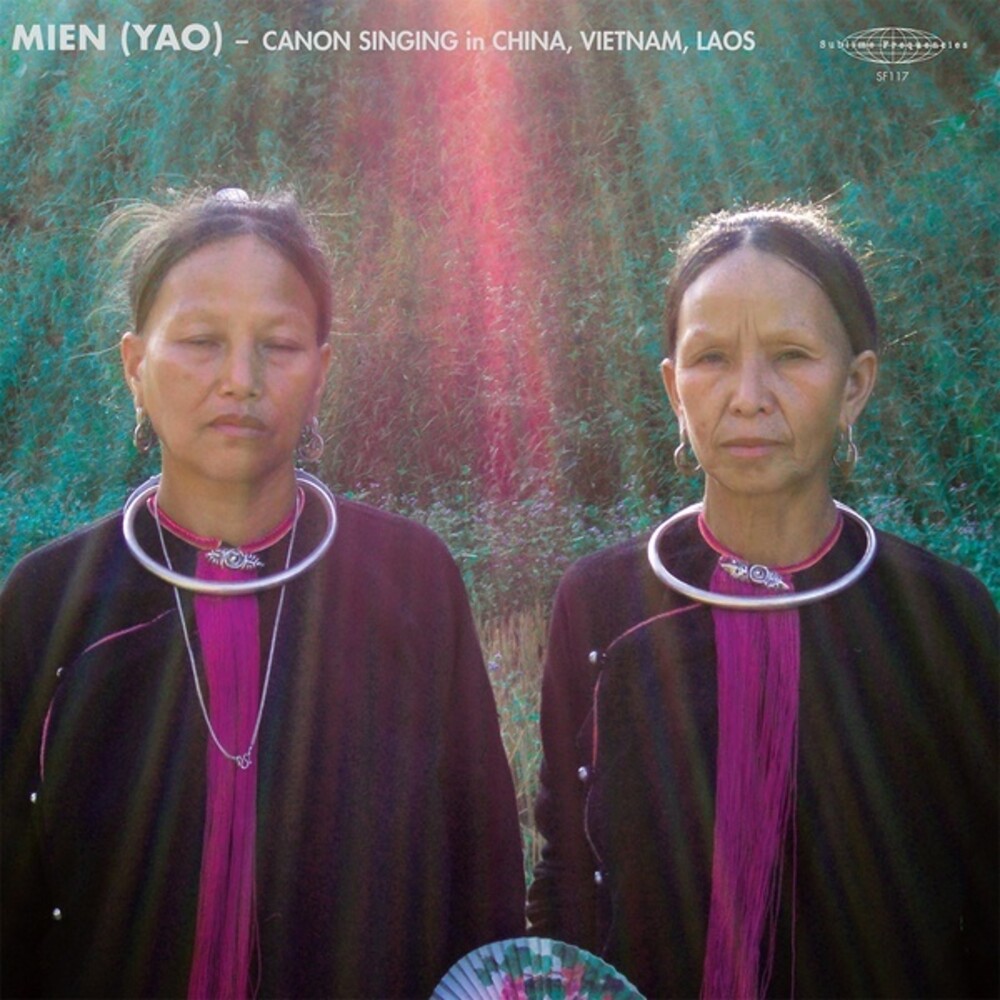 Vinyl LP pressing. Includes insert. Other-worldly Canon singing from Mien (Yao) hill tribes in China, Vietnam, and Laos. Raw, ethereal, and cosmic - for fans of Bulgarian choir and Javanese Court Gamelan & Sundanese styles of vocal ascension. Although their name comes from a pejorative Chinese expression that means "dog" or "savage" - stemming from a legend that they were founded by a dog who saved the life of the daughter of a Chinese emperor and thus was rewarded with her hand in marriage - the largest branch of the Yao minority call themselves Mien, which means simply "people". They number 4 million and are spread over the southern Chinese provinces of Guizhou, Guangxi, Yunnan and also migrated to Vietnam, Laos and Thailand over the last centuries. Part of the Miao-Yao (Hmong Mien) group of the Sino-Tibetan ethnolinguistic family, they have many subgroups, usually defined according to colors of their traditional clothes. Recorded and produced in the field by Laurent Jeanneau (Kink Gong).
back to top