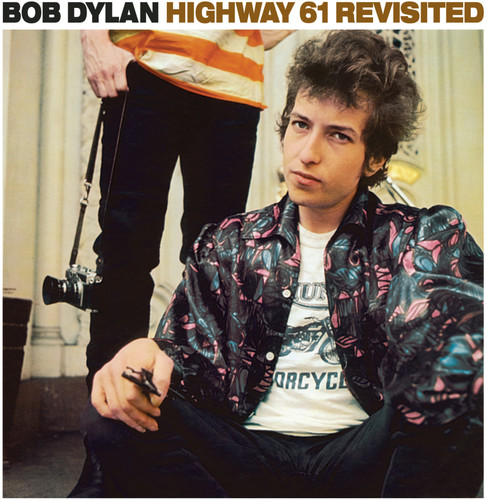 This is the re-mastered reissue of Bob Dylan's 1965 album HIGWAY 61.

''Highway 61 Revisited'' is singer-songwriter Bob Dylan's sixth studio album, released in August 1965 by Columbia Records. Having recorded one side of his previous album ''Bringing It All Back Home'' with a rock band backing him, ''Highway 61'' was Dylan's first album to be recorded with a rock band on every track, except for the 11 minute closing song "Desolation Row", which was performed on acoustic guitar.

Featuring hits and concert staples such as "Like a Rolling Stone", "Desolation Row", "Highway 61 Revisited" and "Ballad of a Thin Man", it is considered to be among the artist's best and most influential efforts. Dylan himself commented, "I'm not gonna be able to make a record better than that one... ''Highway 61'' is just too good. There's a lot of stuff on there that ''I'' would listen to."