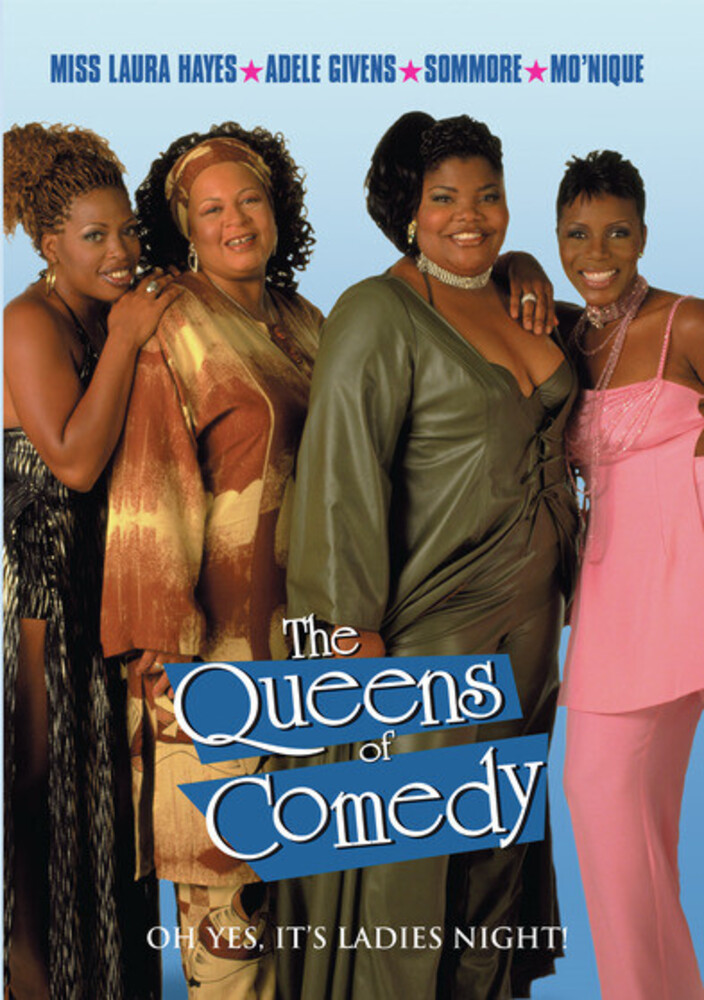 They're loud, proud and outrageously funny they're The Queens of Comedy, captured live onstage in Memphis during their triumphant comedy tour! Miss Laura Hayes (Def Comedy Jam), Adele Givens (The Tracey Ullman Show), Sommore (The Hughleys) and Mo'Nique (The Parkers) launch a full-scale laugh attack that's not afraid to go over the top or below the belt. No one is safe from their merciless wit, as they take on such topics as skinny women, marriage, children and, most importantly, men. And you'll also go behind-the-scenes with The Queens, as they display the magical chemistry that made them a top-drawing concert act. So take a seat and buckle up because you're in for a roller coaster ride of laughter!
back to top