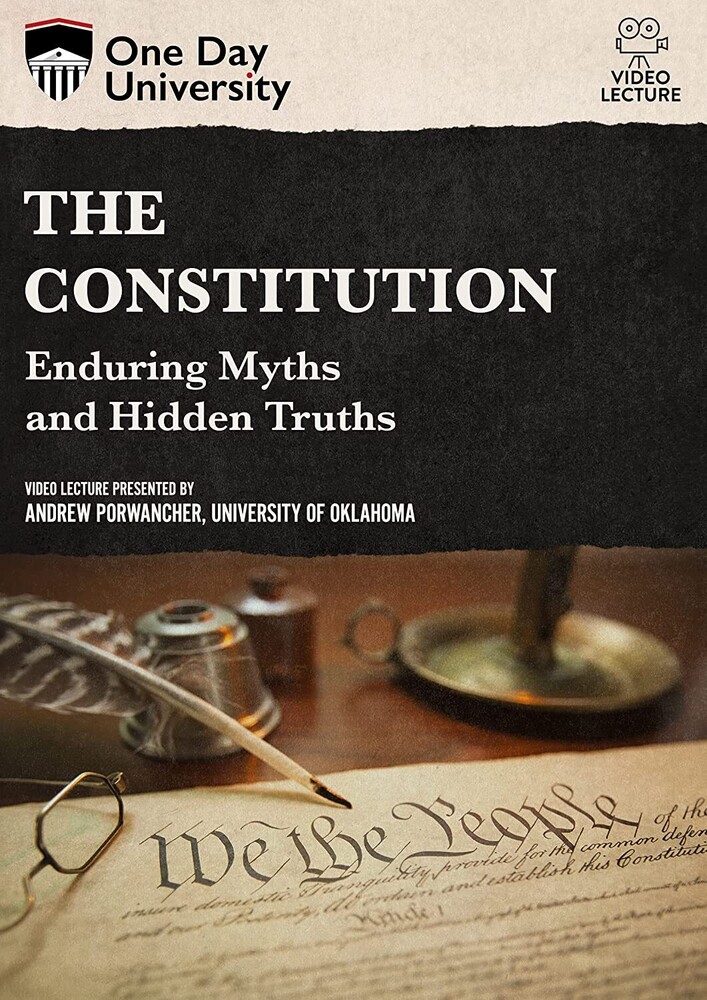 One Day University presents a series of audio lectures recorded in real-time from some of the top minds in the United States. Given by award-winning professors and experts in their field, these recorded lectures dive deep into the worlds of religion, government, literature, and social justice. Amid the heat of a Philadelphia summer in 1787, the delegates of the Constitutional Convention gathered to save a fledgling republic whose very existence was mired in doubt. Americans had waged a bloody war against their mother country a decade earlier to win their independence. Now, as the delegates debated the contours of a new frame of government, they were all too aware that if they failed, the people might once again take up arms. At this pivotal moment in history, the delegates drafted a Constitution that endures today as the oldest surviving national charter still in effect anywhere in the world. But what did the framers really mean? Did they intend the Establishment Clause to merely ban a national religion or completely separate church and state? Was the Second Amendment designed to protect the rights of individuals or just militias? Were the framers unanimously in favor of allowing only men to vote, or were there some who felt differently? How much do we actually know about what transpired in Independence Hall? What myths were later invented and accepted as law? The surprising answers to these questions matter, not only for uncovering the truth about our history but for rethinking the laws that govern our lives today.