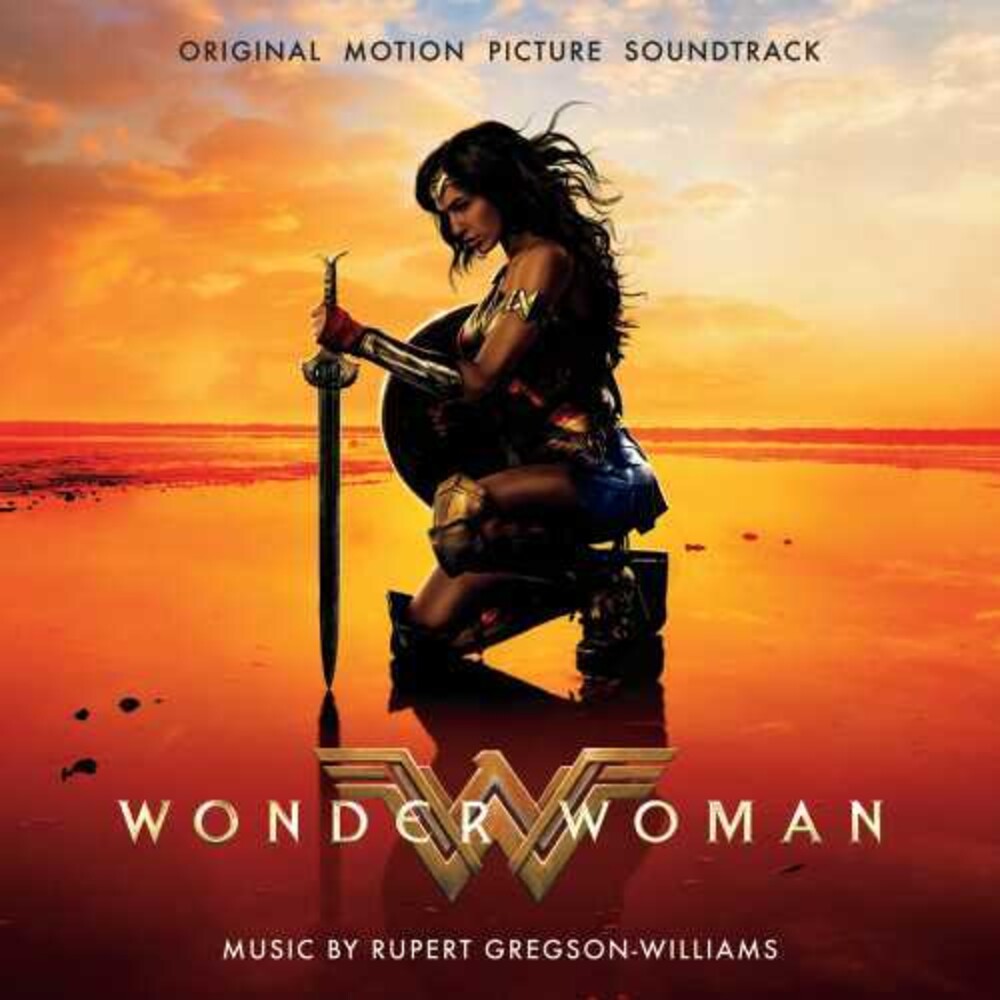 Original soundtrack to Warner Bros. Pictures and DC Comics 2017 blockbuster film, Wonder Woman. Score by Rupert Gregson-Williams, known for his recent work on Hacksaw Ridge, The Legend of Tarzan, and Netflix's The Crown. Also features "To Be Human" performed by Sia featuring Labyrinth. Wonder Woman is a 2017 American superhero film based on the DC Comics character of the same name. The film is directed by Patty Jenkins and stars Gal Gadot, Chris Pine, Robin Wright, Danny Huston, David Thewlis, Connie Nielsen, and Elena Anaya. The film tells the story of Princess Diana, who grows up on the Amazon island of Themyscira. After American pilot Steve Trevor crashes offshore of the island and is rescued by her, he tells the Amazons about the ongoing World War. Diana then leaves her home in order to end the conflict, becoming Wonder Woman in the process.