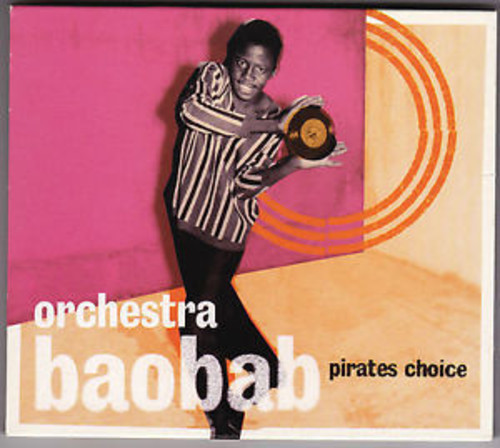 From Senegal - home of Youssou N'Dour, one of this band's biggest fans - and originally the house band of a popular night club, Orchestra Baobab came together in 1970, but waited 12 years to record their masterpiece. PIRATES CHOICE became a Holy Grail to lovers of world music, who were entranced by it's shuffling rumba rhythms and delicate instrumental virtuosity. To celebrate the band's recent reunion for a UK tour, World Circuit remastered the original 1989 release - never before issued here - and added a second CD of material from the same sessions. It's an undiluted, soulful, relaxed set of rhythmic grooves laid down by an African group who felt a huge Cuban influence on their mellow sound. A lengendary cult reissue at a special price with new artwork and 6 bonus tracks, this release is targeted to core world music aficionados, and boasts the same breakout protential as the label's much admired vintage releases by Los Zafiros and Los Estrellas de Areito.
back to top