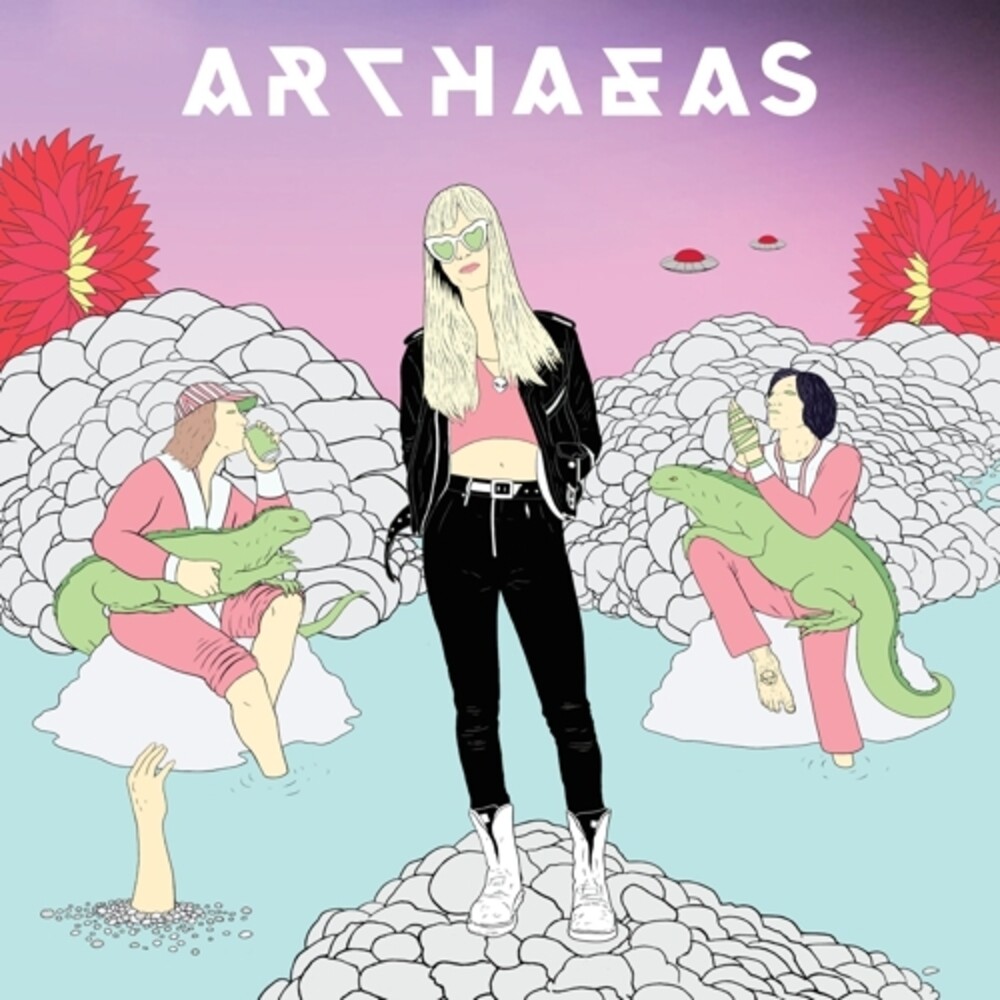 Tension, anxiety, ominous energy, and the release that comes from vanquishing those mental foes. Specifically, vanquishing them with rock and roll." That's how Violet Archaea, guitarist, singer, and leader of Louisville's The Archaeas describes the themes of their new self-titled album on Goner Records. Beginning as a one-witch band, they now perform as a perfectly-balanced rock trio with frightening power, reflecting punk rock 'n' roll from the last fifty years-AC/DC, Johnny Thunders' Heartbreakers and The Dead Boys through The Reatards and Carbonas, even early Ty Segall-but The Archaeas are young enough to soak up sounds, attitudes, riffs and turnarounds from other bands and songs and still push them into their own Battle Royale. The Archaeas' roots make sense: the bombastic Japanese trio Guitar Wolf and Mark Sultan "I began working on the first set of Archaeas songs after seeing Wild Zero for the first time," Violet explains. "Back then I had the drums on my feet Mark Sultan-style. We projected it on a wall and had the audio blasting through a huge PA system. I'm hugely inspired by Seiji." That Wild Zero, a story where rock and roll superheroes Guitar Wolf come to help a trans heroine save the Earth from an influx of alien zombies, resonated with Violet might not be so surprising, as she was coming to terms with being a badass trans musician in Kentucky. As in the film, gender politics don't dominate the Archaeas message-it's more the anxiety and pressure of living in today's world that creates such intense music and feelings. The result is one of the most explosive debut albums in recent memory. In the midst of the mud and blood and the riffs, a rhythm starts up. Then guitar and bass blast as one thick bulldozing wall of distortion. The drums kick ass, and the vocals express a yearning, an anguish, and hopefully a release, with all the parts racing until the song is over... quickly. Violet can really play some guitar, but don't look for solos long enough to get the lighter out for. Some razor cuts and she's done with it. The Archaeas are the real deal.