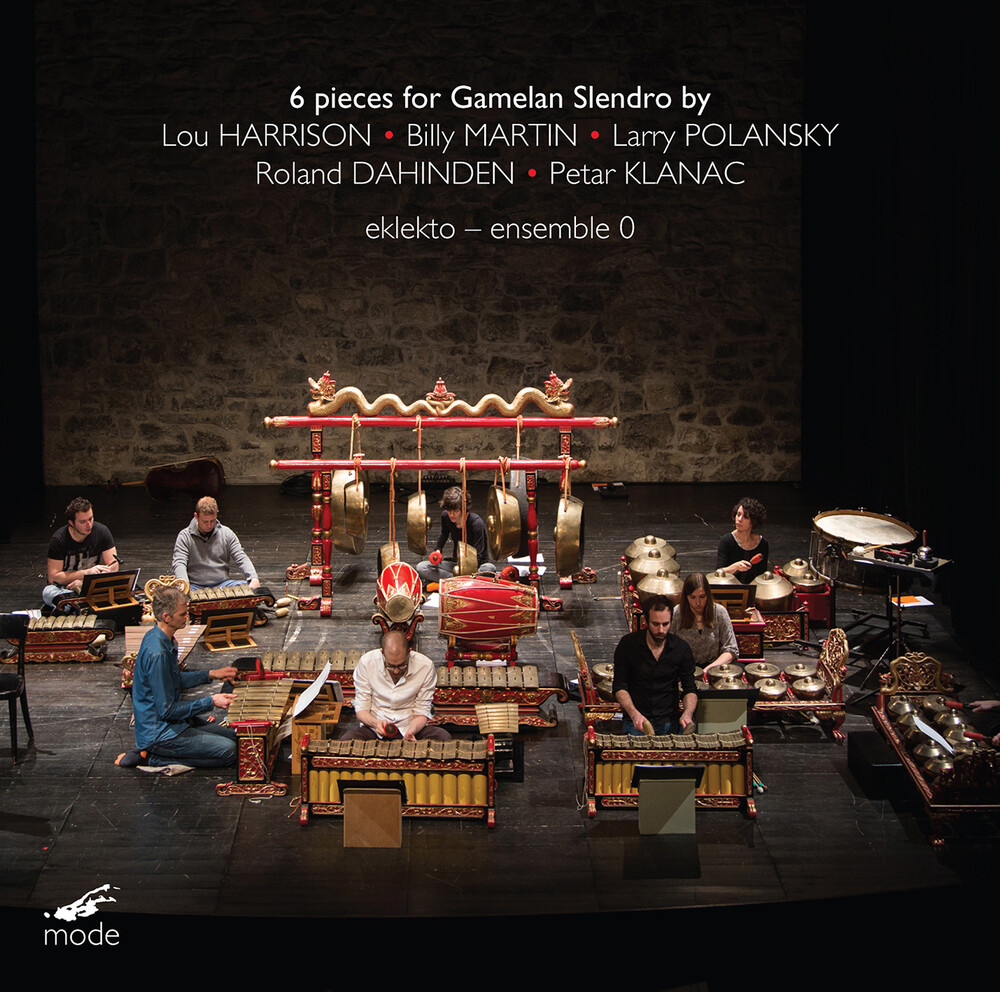 For this recording project, the fearless French musical collective ensemble 0 (pronounced "zero") began a new kind of collaboration with the Swiss percussion ensemble Eklekto and Gamelan Oksitan- this last the traditional Javanese ensemble of gongs and metallophones based in France. Their transcultural bridge has foundations that go back to Claude Debussy's fascination with the radiant tones of gamelan music that he heard at the 1889 Paris Exposition. Yet neither Debussy nor many other sympathetic composers who followed actually composed for those instruments. They faced challenges of different tuning systems, intricacies of unfamiliar instruments, the weight of another classical tradition, but perhaps no obstacle greater than the cultural gulf of that colonial era. It was not until the 1970s that non-Indonesian composers began to bridge that divide, none more committed than the American composer Lou Harrison. Compositions by Harrison are paired here with works by Larry Polansky, Petar Klanac, Billy Martin, and Roland Dahinden. The diversity of approaches represented on this collection provides a glimpse towards a vibrant future, a future that Lou Harrison helped create.
back to top