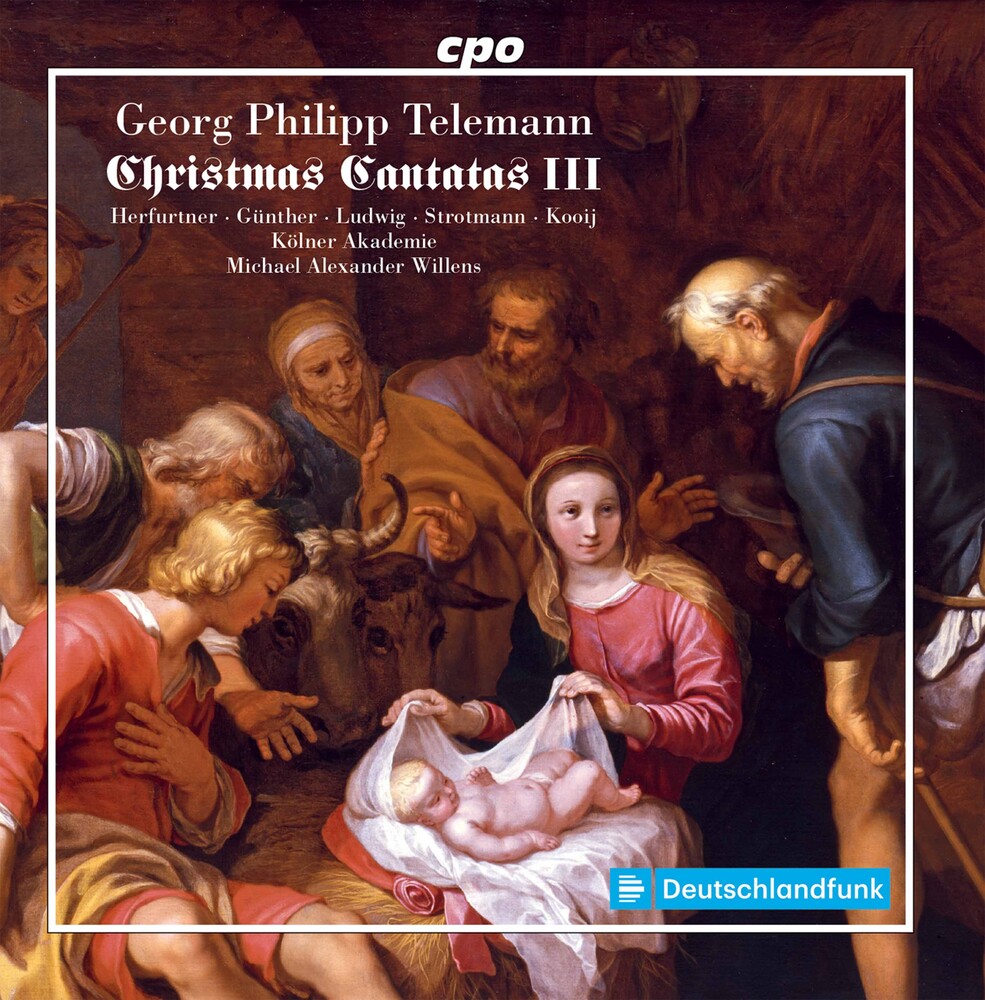 Telemann World-Premiere Recordings. Between 1717 and 1765 Georg Philipp Telemann composed more than 1, 700 cantatas for performance on all the Sundays of the church year. Some dozen annual cycles from his period as music director in Frankfurt am Main and above all those from his Hamburg years have come down to us. In quantitative terms, the four Sundays of Advent and the three days of Christmas are the most strongly represented - with almost about two hundred cantatas. Apart from the cantatas for solo voice and solo instrument with basso continuo from his anthology Harmonischer Gottesdienst of 1725, only a few compositions for larger ensembles from this treasure trove have been edited and recorded. This album features four cantatas by Telemann that may be regarded as world-premiere recordings. They are musical gems that impress us with their melodic originality and musical character and even after more than 250 years are very much worth being performed again!