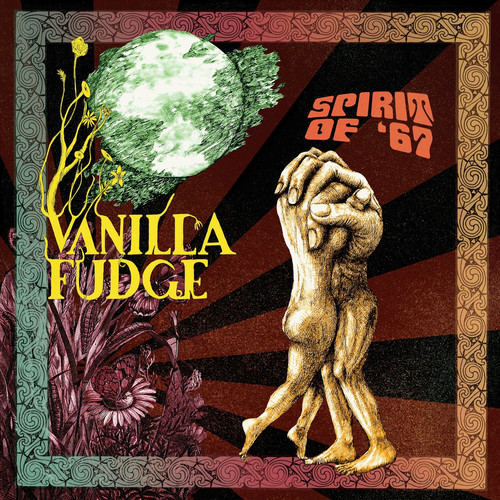 Vanilla Fudge / Spirit of '67 In March, veteran rock group Vanilla Fudge released a new studio album called Spirit of '67 that salutes the classic music released during the year that the band came to fame with it's psychedelic version of The Supremes' "You Keep Me Hanging On." Now, a limited-edition vinyl LP of Vanilla Fudge's new record was released Friday, July 24, 2015. The vinyl edition of Spirit of '67 will be a 12-inch disc featuring a starburst design. Among the well-known songs Vanilla Fudge has reworked for the album are Marvin Gaye's "Heard It Through the Grapevine, " The Who's "I Can See for Miles, " The Doors' "Break On Through (to the Other Side), " Smokey Robinson and the Miracles' "The Tracks of My Tears, " The Monkees' "I'm a Believer" and The Rolling Stones' "Ruby Tuesday." Founding Vanilla Fudge singer/keyboardist Mark Stein says of the vinyl edition of the new album, "When you put the needle down on a vinyl recording there was a warmer, analog vibe that is also distinctive. I'm excited Spirit of '67 will be available now on vinyl blending the old school tradition with the production sound of today."