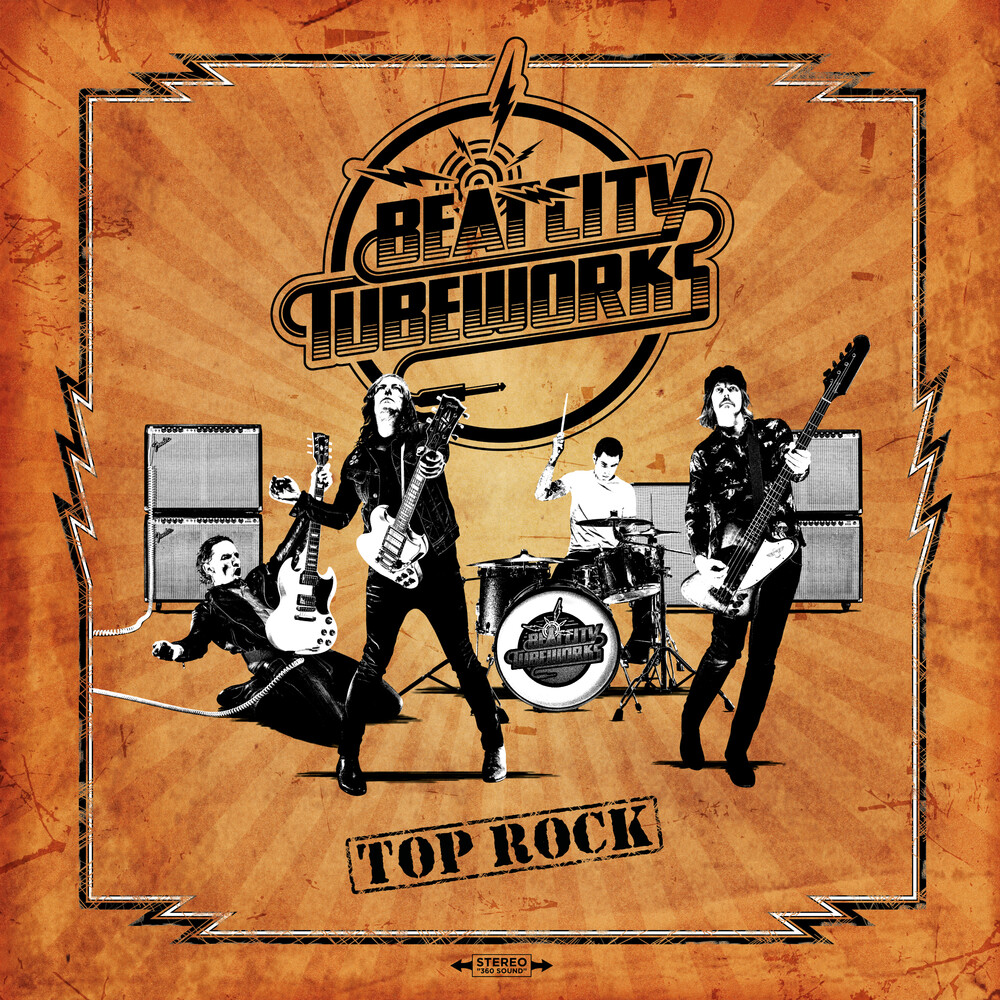 Just a couple of months after the release of Beat City Tubeworks re-mastered debut "I Just Cannot Believe It's the Incredible", the gasoline reeking boys from Jönköping, Sweden are back with a new full length. The album title, "Top Rock" speaks for itself. With the 10 brand new, top shelf rock 'n' roll tracks, Beat City Tubeworks takes the raw garage energy that was captured on their debut to a new level, making room for even more smoldering licks and memorable hooks. "Top Rock" will be released February 21st by The Sign Records, and will be available to enjoy on CD, vinyl and digital format. Beat City Tubework can best be described as energetic 70's influenced rock'n'roll / garage rock in it's true form and glory... On steroids! The songs delivers a raw catchiness, with blazing electric guitars, honky licks, and thoughtful melodic hooks! Add a captivating pulsebeat tight percussion, and some killer baselines, and characteristic vocals to that, and it all results in a big sound! In a genre where it's often hard not to draw clear similarities to classic rock'n'roll acts that we all got to know and love from the 70's, (and the new wave of bands in that genre in the 90's) Beat City Tubeworks still manages to pull off quite a unique sound of their own! Beat City Tubeworks was formed in the city of Jönköping, Sweden early 2015. Beat City Tubeworks has a reputation for being a superb live act, and deliver great performances. The band have shared the stage with acts as Danko Jones, Giuda, The Nomads, Deadheads and Vojd. This is when the band really comes to adopt it's true shape, energy, and glowing spirit! They aim to please.. Are you ready?