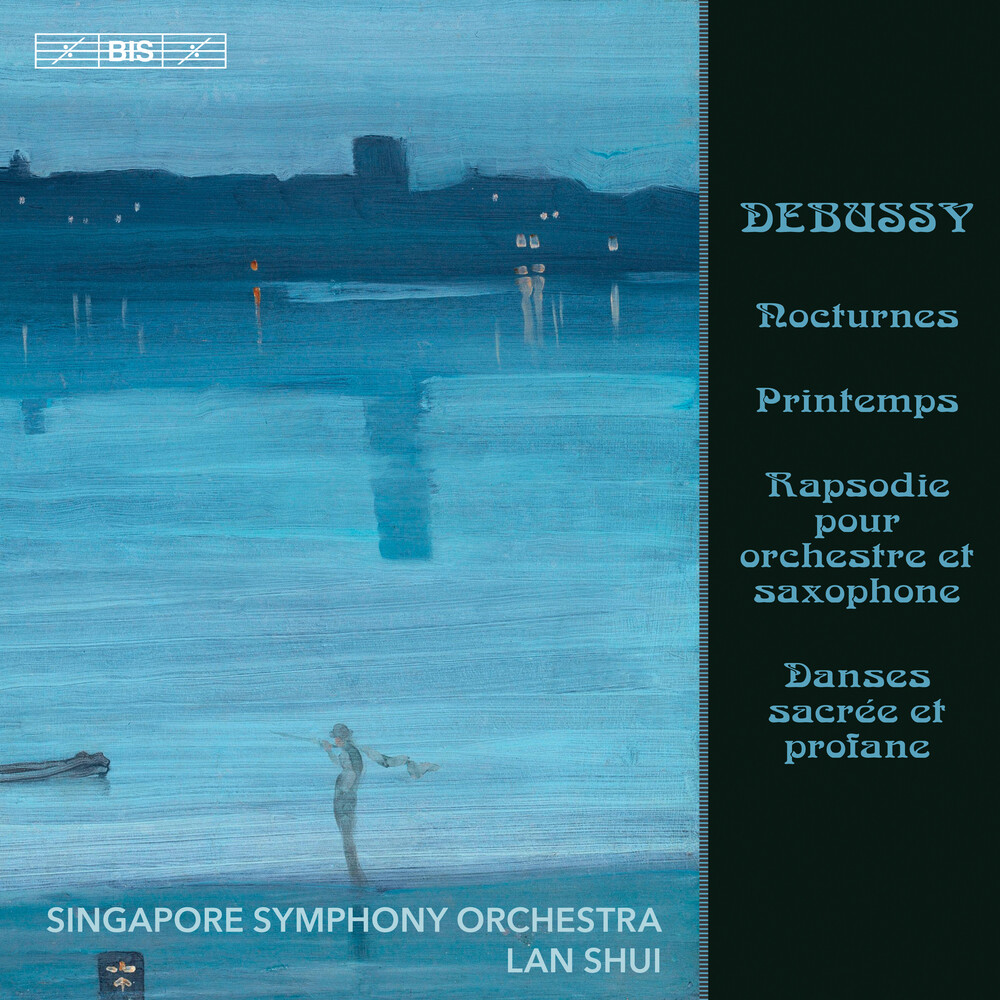 The works on this recording were written at various periods in Claude Debussy's life, and reflect different aspects of him: from a young man stylistically unsure of himself to the confident maître, from a jobbing composer struggling to fulfill sometimes incongruous commissions to a man worn down by illness and outer events. The disc opens with Printemps - a work originally for choir, piano and orchestra written in 1887 during Debussy's stay in Italy as a winner of the Prix de Rome, but only published 25 years later in an orchestration made by Henri Büsser under the composer's supervision. Three of the works that follow were commissions - the Rapsodie from a lady saxophonist, the Marche écossaise from an American general of Scottish descent and the Deux Dances from the instrument-maker Pleyel wanting to market a new model for a chromatic harp. Chronologically the last work on the programme, Berceuse héroique is Debussy's contribution to a tribute to the king of Belgium at the beginning of the Great War. Having rejected the idea of writing a heroic march in the safety of his own home he instead opted for a lullaby for piano, which he orchestrated the following year. The closing work on the disc, however, is Nocturnes, for which Debussy borrowed the title from a series of atmospheric paintings by James Whistler. Made up of three equally atmospheric movements, it is today one of Debussy's best-loved compositions for orchestra. Nocturnes also forms the end of a trilogy of Debussy albums from the Singapore Symphony Orchestra and Lan Shui. Critical acclaim for the team range from 'superb' (BBC Music Magazine, about La mer) and 'unquestionably world-class' (Klassik-Heute. De, about the orchestra) to 'a magnificent disc' - the French magazine Classica's verdict on the three ballet scores Jeux, Khamma and La Boîte à joujoux.