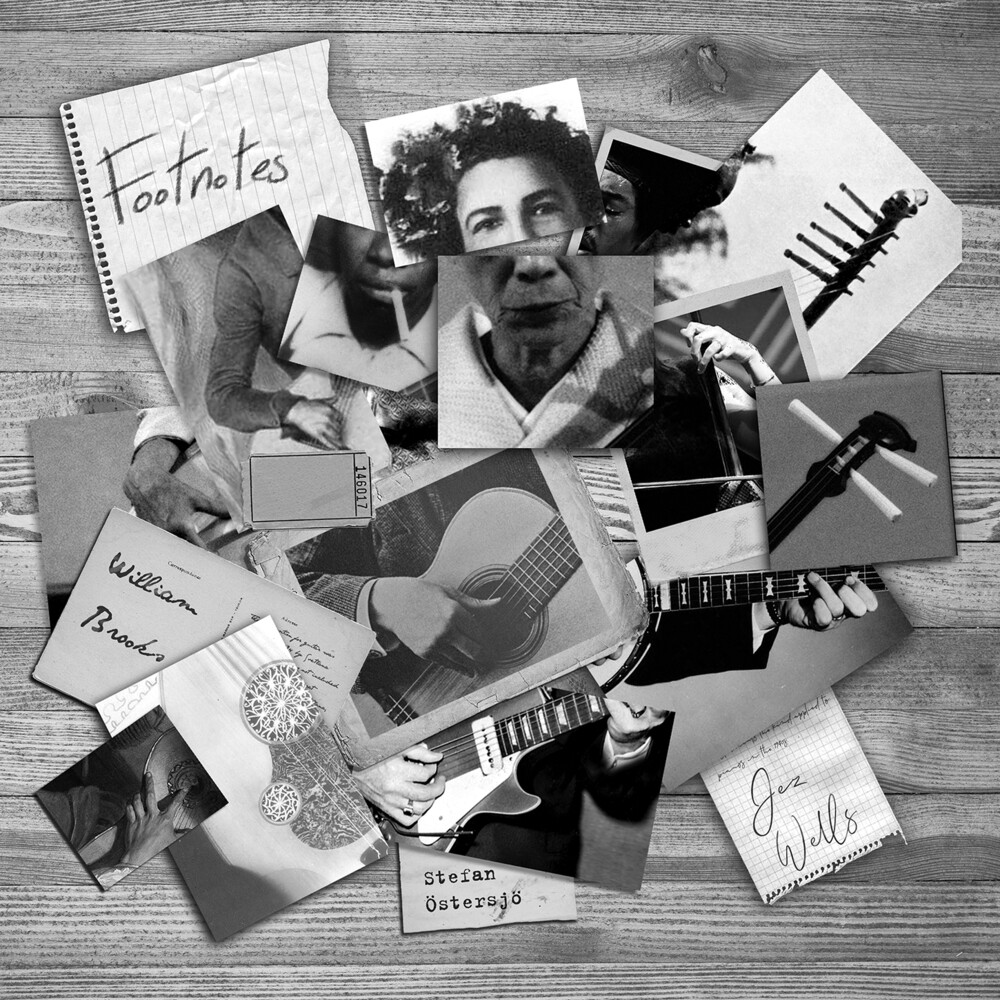 On the surface, Footnotes is a guitar album that cuts across stylistic and aesthetic boundaries throughout the 20th Century in the U.S.A. But what is this music? Or more importantly, who are the protagonists in this release? William Brooks is a composer; Stefan Ă–stersjĂ¶ is a guitarist; Jez Wells is a creative sound engineer. So this would seem to be a composition by Brooks played by Ă–stersjĂ¶ and produced by Wells. Alas, the sleeve notes say otherwise: "We choose to call this album Footnotes because it presents the artefactual results-or, perhaps more properly, the counterfactual results-of a lengthy research process that has led us into various historic documents, recordings, and technologies. It will be evident that a prime motivator for our interest was that each track involves mysteries of some sort, many of which have not been resolved." Six tracks, in vastly different styles (it seems), using vastly different instruments (it seems), recorded in vastly different environments (it seems). Track 1 is for prepared guitar, and the notes tell us the recording dates from 1959. Track 2 is for folk guitar, a ragtime piece with bizarre interruptions and transpositions; allegedly it was a field recording from the 1950s. Track 3, -well, it might be a blues recorded by Big Mama Orton in the 1960s, but who on earth was Big Mama, and what did she do to the blues? Track 4 claims to be by a Polish composer and recorded in 1974-possibly true: it certainly sounds appropriately cerebral. Track 5 "strains credulity," say the notes. You bet it does, with a performance allegedly broadcast by a Spanish guitarist and recorded off-air in England. And track 6? It's a mishmash, some parts recalling earlier tracks, some seemingly snatched from sources ranging from churches to radio to free-jazz outtakes.
back to top