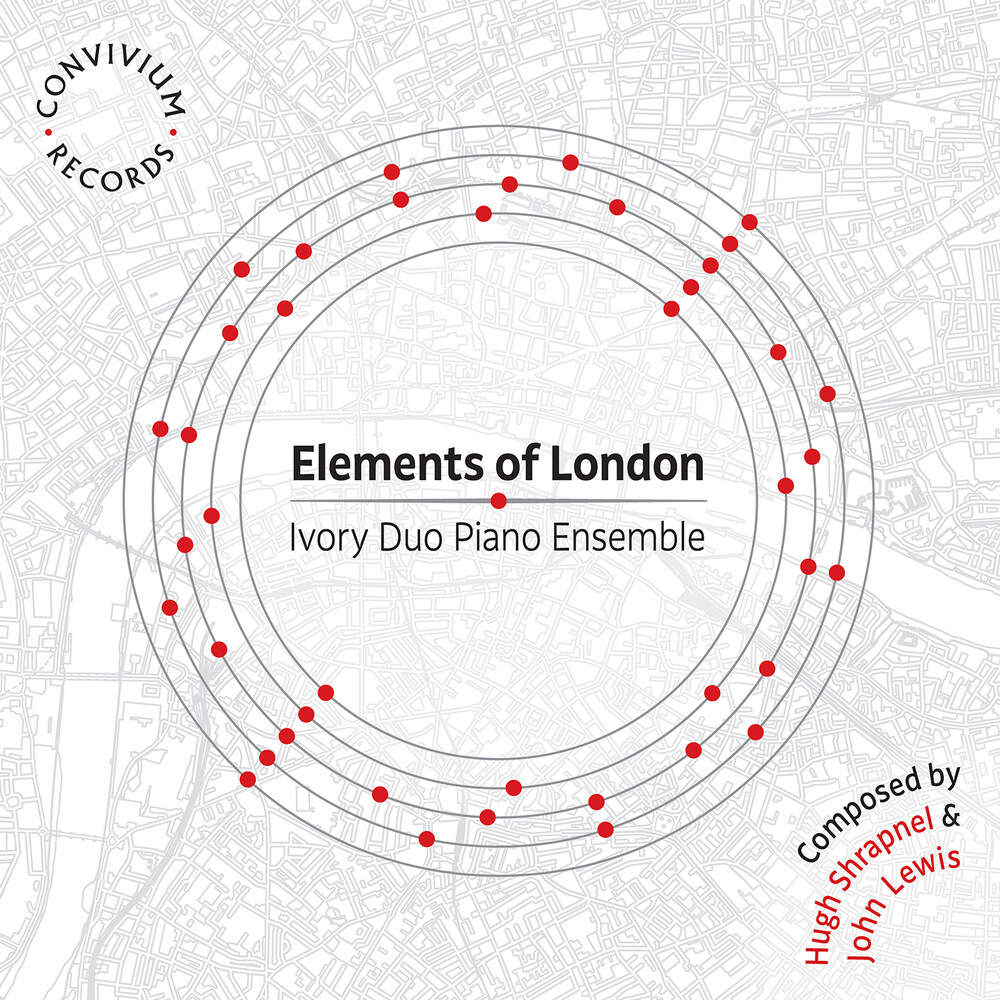 Influenced by minimalism and jazz blues, the piano duets present an exciting mix of driving rhythms contrasted by lyrical writing. Hugh Shrapnel's compelling narrative stems from London and it's history, whereas John Lewis' chemical elements are used to create highly reactive, even explosive music. Panayotis Archontides & Natalie Tsaldarakis are the Greek pianists behind the highly successful husband-and-wife Ivory Duo Piano Ensemble. Their engaging and highly communicative approach to performance for piano four-hands and for two pianos" reveals extraordinary interpretative powers carried with conviction and authority" (Athens News). Since 2005 the pianists have been based in London, UK. Between 1995 and until 2005, the pianists were artist teachers in residence at the American College of Greece as well as piano professors of the Nakas and later of the National Conservatory of Greece.