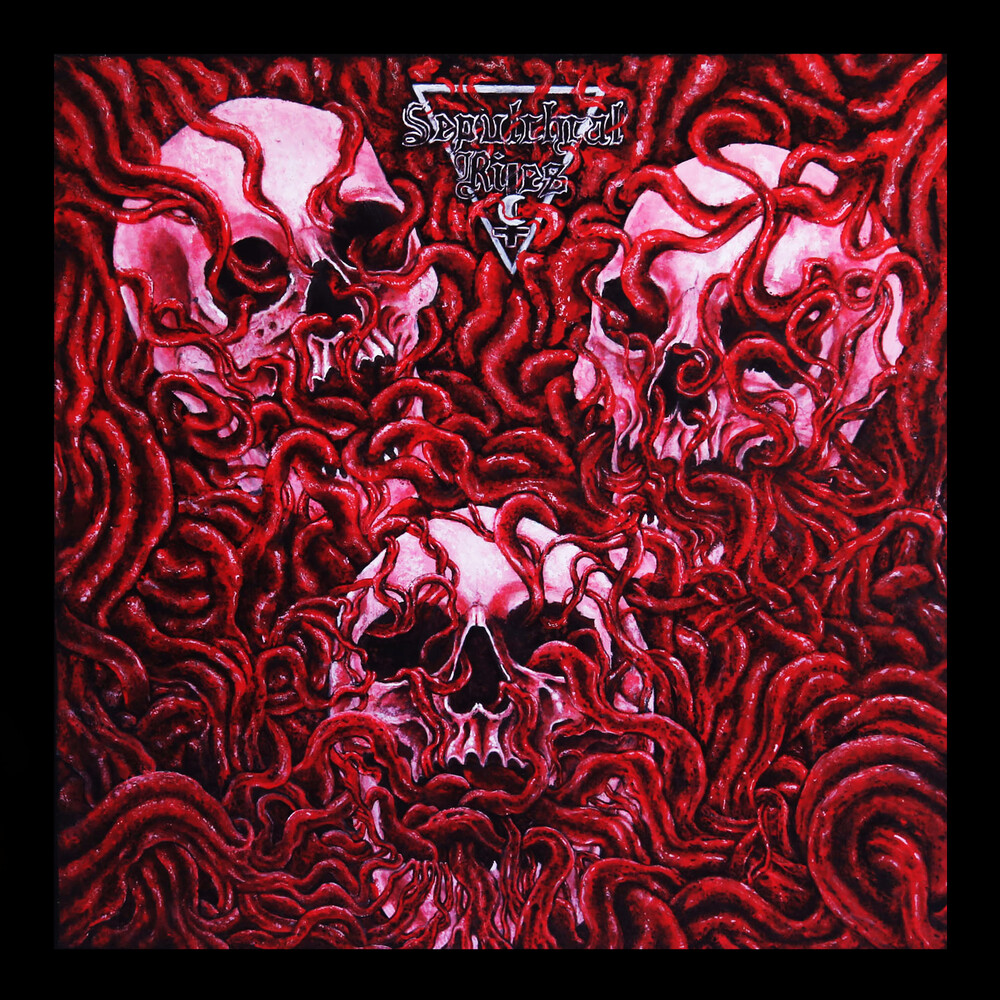 Noble Jewelcase Edition with 12-Page Booklet It is well known the reputation achieved by the Chilean Metal of Death. This is not only a good sign for healthy competition but also a hard ordeal for new bands because they will feel obliged to match, otherwise they will be buried before starting to breath among the stench of the catacombs of death. Sepulchral Rites are a young band wanting to contribute to the Chilean pantheon with their young blood of Death Metal. And while they do tread the long trodden path of old school Death Metal, they have managed to offer something new to those always seeking to inhale decay and at the same time being invigorated by it. "Death and Blood Ritual" is their new recording, and offers a personal take and perspective of old school death metal through the young eyes of a female band. Their sound exhales death imbued with a feminine influence of Southamerican shamanism and primal nocturnal witchcraft, and in such a way, they have contributed not only to the Chilean scene, but also to the worldwide death metal scene. "Death and Bloody Ritual" presents four tracks with an outro and intro sealing the pact with the feminine relationship with nature, shamanism and witchcraft with a cyclic nature: everything ends where it begins, very much like with death itself. "Death and Bloody Ritual" was mixed, mastered and engineered at Necrotic Studio, by B. Necroskull (B. Barrantes) during April, 2020. All instruments recorded at Maestro 3 Studio, Chile. Mixing and Mastering engineering at Necrotic Studio, by B, Necroskull (B. Barrantes), Chile. Artwork by Saturnine Artwork. Photos by Carlos Ossio and Sergio Mella. Additional Illustrations and Drawings by D. OrdoĂ±ez, D. Ferrada @taller_aura. Design by J. S. Executive Production By Dunkelheit Produktionen, 2020. All Rights Reserved. WWW. DUNKELHEIT. CC
back to top