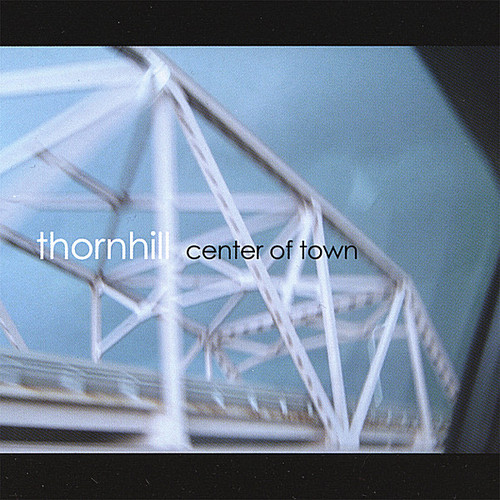 The music of Thornhill is a thing of many facets. It exudes all the crash and bang of high-energy rock and roll, but at the same time it can also be introspective and self-examining. Listeners connect to the band and the songs on a very personal level, as if hearing stories from their own lives. Thornhill's music is a celebration of surviving, of growing, and of striving to reach the next destination. Thornhill had it's origins after Tina Thornhill and Patty Kniss relocated to Springfield, Illinois from Ohio. With the help of some friends and family members they formed a band and began to play popular songs of the day at all the local hotspots. After some years of local success the band went on hiatus and eventually went their separate ways. After spending some time playing with other local cover bands, singer/acoustic guitarist Tina decided to turn her attention to the growing list of songs she had been writing. She enlisted Springfield guitarist Joel Zulauf to help flesh out her ideas and demos. They performed for a few years with various rhythm sections until eventually Tina recruited her younger sister Lynna Thornhill to play bass guitar and Patty returned from the original Thornhill lineup to play drums. With the core lineup finally solidified, the band invited friend Terri Patterson to sing backing harmonies. Currently, the band has just released it's first CD, CENTER OF TOWN, and has been diligently writing more and more material for a follow up, and is amassing quite an abundance of songs that they want to share with the world. So far, the response has been very favorable, and the band continues to win over more new fans with every performance. For each CD sold, one dollar will go to American Cancer Society, one dollar will go to American Heart Association. 'That combination of friendship, kinship, and musicianship gives the CD cohesion; Tina's lyrics and expressive vocals ride the wave of the band's strikingly tight, smooth music. The recorded sounds are distinctly modern and pop-rockish yet rootsy, inventive, and unique.' Tom Irwin, Illinois Times, March 29, 2007 'The album is comfortable in it's shifts-Zulauf's memorable slide-guitar refrain drenches 'Holdin' Back'; and Tina sounds like the Wilson sister that Ann and Nancy didn't want you to know about on 'Something Is Wrong.' Joel often helps the band make good on crunching credentials in it's self-written description as 'rootsy alterna-pop that rocks.' The sturdy rhythm section includes Tina's sister, Lynna, on bass and another musical cohort, Patty Kniss, on drums and backing vocals.' Nick Rogers, The State Journal-Register, March 29, 2007.
This website uses cookies to personalize content and analyse traffic in order to offer you a better experience.
I accept Learn More
back to top