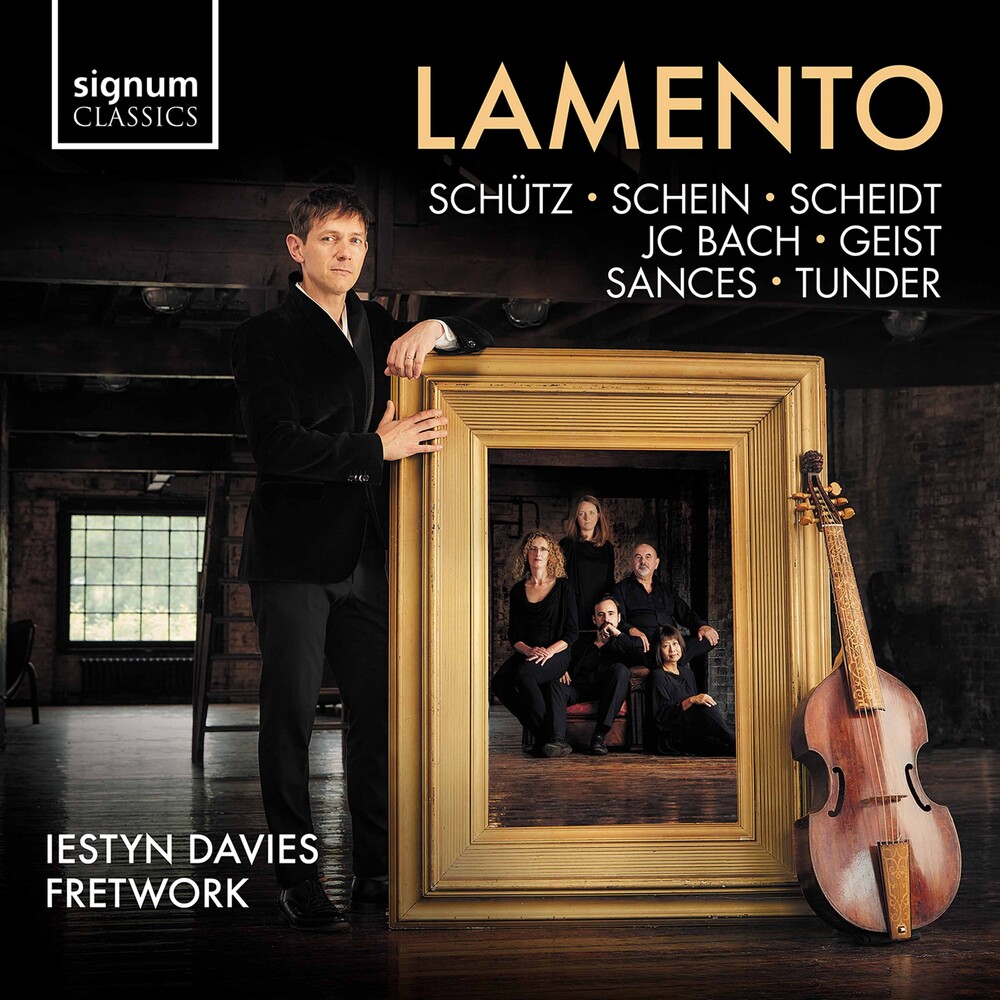 Counter-tenor Iestyn Davies and and the viol consort Fretwork present a new recording of works for viol consort and voice drawn from 17th-century Germany, following their critically-praised 2019 album of works by Michael Nyman and Henry Purcell. Featuring performances from organist Silas Wollston and counter-tenor Hugh Cutting, the recital ranges widely over the 17th century - from the early years with three curiously similar sounding friends: Schein, Scheidt and Schütz, to the most significant member of the Bach family before Johann Sebastian, Johann Christoph Bach. From their they travel down North Sea to the foothills of the Alps, including Buxtehude's predecessor at the Marienkirche in Lübeck - Franz Tunder (whose daughter Buxtehude was to marry) and another north German composer who worked in Copenhagen, Christian Geist. Giovanni Felice Sances is an outlier here: he was born in Rome, but spent the second part of his life working for three successive Emperors in Vienna, where viol playing was still very much in vogue. In 2021, Fretwork celebrates it's 35th anniversary. In the past three and a half decades they have explored the core repertory of great English consort music, from Taverner to Purcell, and made classic recordings against which others are judged. In addition to this, Fretwork have become known as pioneers of contemporary music for viols, having commissioned over 40 new works. Iestyn Davies is a British countertenor widely recognised as one of the world's finest singers celebrated for the beauty and technical dexterity of his voice and intelligent musicianship. Critical recognition of Iestyn's work can be seen in two Gramophone Awards, a Grammy Award, a RPS Award for Young Singer of the Year, the Critics' Circle Award and recently an Olivier Award Nomination. He was awarded the MBE in the Queen's New Year's Honours List 2017 for services to music.