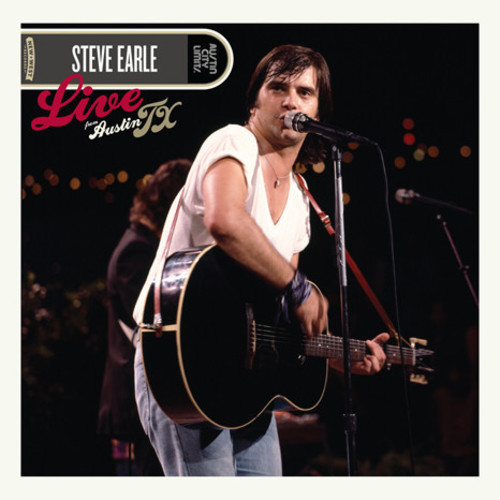 In September 1986, Steve Earle’s first album was shaking up Nashville, and country music circles, like nobody else had done since Willie, Waylon and the original Outlaw gang. He was a skinny kid from San Antonio, Texas - the oldest of 5 kids whose Dad was an air traffic controller. He got his first acoustic guitar when he was 11 and listened to The Beatles, Creedence Clearwater Revival and Elvis, but he had an unquenchable thirst and curiosity about all kinds of music… and people. He was no doubt a rebel, running away from home several times to hit the road, playing honky tonks and bars wherever they would let him in. During these hitch-hiking and traveling days, he was befriended by the legendary Texas singer-songwriter, Townes Van Zandt, of whom Steve said, “He was a real good teacher and a real bad role model.” Steve left home for good at age 16 and moved to Nashville. This show, his first appearance on Austin City Limits, captures the excitement and free spirit of that first seminal album, “Guitar Town,” which was nothing less than a collection of personal odysseys. He was certainly a musical renegade from day one, and that’s one thing about him that hasn’t changed. This performance displays the vintage Steve Earle sound that paved the way for a new generation of country rockers willing to buck the Nashville system. - Terry Lickona (Producer Austin City Limits)