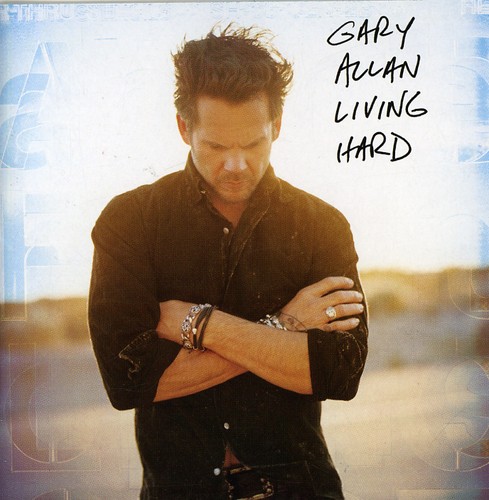 It's raw and emotional. It's freight-train-to- nowhere lonely. It's hard-rocking, no-apologies country music that has traded in it's twang for a gravelly growl millions of fans recognize as the voice of Gary Allan. And with LIVING HARD, his latest release from MCA Nashville, Allan once again proves that, though times may change, the thread of truth at the center of his music remains the same. Features the new single "Watching Airplanes".

''Living Hard'' is the seventh studio album by American country music singer Gary Allan. It was released on October 23, 2007 on the MCA Nashville label.

The album debuted at number three on the U.S. Billboard 200 chart, selling approximately 69,000 copies in its first week. Its lead-off single, "Watching Airplanes", reached #2 on the country charts, while "Learning How to Bend" reached #13. The album's third single, "She's So California" reached #24. "Half of My Mistakes" was originally recorded Radney Foster on his album ''This World We Live In'', and by Jace Everett on his self-titled debut album, both released in 2005. "Like It's a Bad Thing" was later recorded by Danny Gokey on his 2010 debut album, ''My Best Days''. - Wikipedia