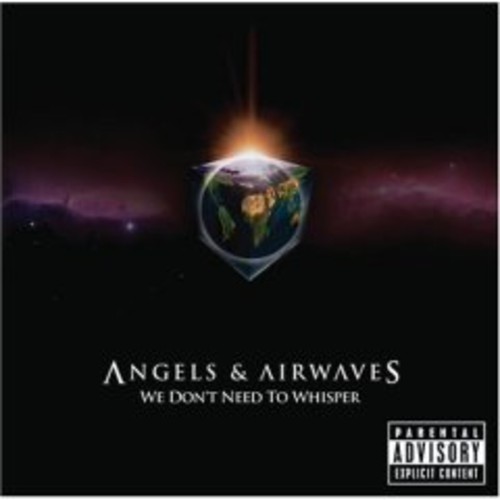 With their debut CD, WE DON'T NEED TO WHISPER, Angels & Airways strikes a blow for hope in dark times. Blink 182's Tom Delonge leads this band along with former members of the bands Offspring and Distillers. Tom emphasizes that this is no side project but first and foremost a band. Many feel this to be some of the best music he's ever written. Features the single "The Adventure."

The album drew mixed reactions from critics, with a Metacritic average of 53 and received a nomination for the MTV Video Music Award for Best New Artist, but lost to Avenged Sevenfold.

''We Don't Need to Whisper'' was certified Gold in Canada (50,000 copies) in 3 days. It was certified Silver in the UK (60,000 copies) and sold over 127,000 copies in the United States in its first week of release. A large number of fans pre-ordered the album, which greatly increased the debut sales.''

Reviews for the album have been mixed. The album is considered a concept album due to that fact that all the songs are part of the same story, revolving around the idea of finding love in the middle of a war zone. The next album, ''I-Empire'', is said to be the continuation of this idea. - Wikipedia