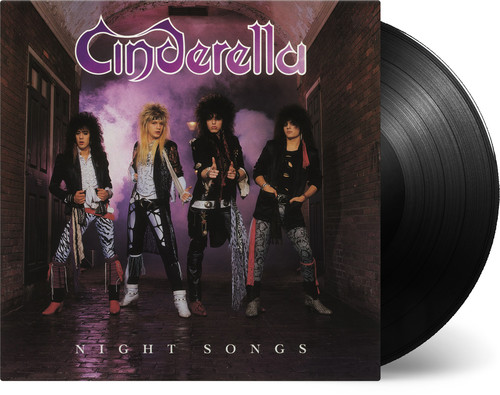 Limited 180 gram audiophile vinyl LP pressing. Night Songs is the debut studio album by American Rock band Cinderella, released in 1986. The album sold several million copies due to a combination of Cinderella's breakthrough single 'Nobody's Fool', MTV airplay, and an opening slot on label-mates Bon Jovi's tour, in support of their album Slippery When Wet. The album peaked at #3 on the US charts, and was eventually certified triple platinum for shipping three million copies. Lead-off single 'Shake Me' failed to chart, but 'Nobody's Fool' cracked the Top 20, reaching #13. The third single 'Somebody Save Me' went to #66.
back to top