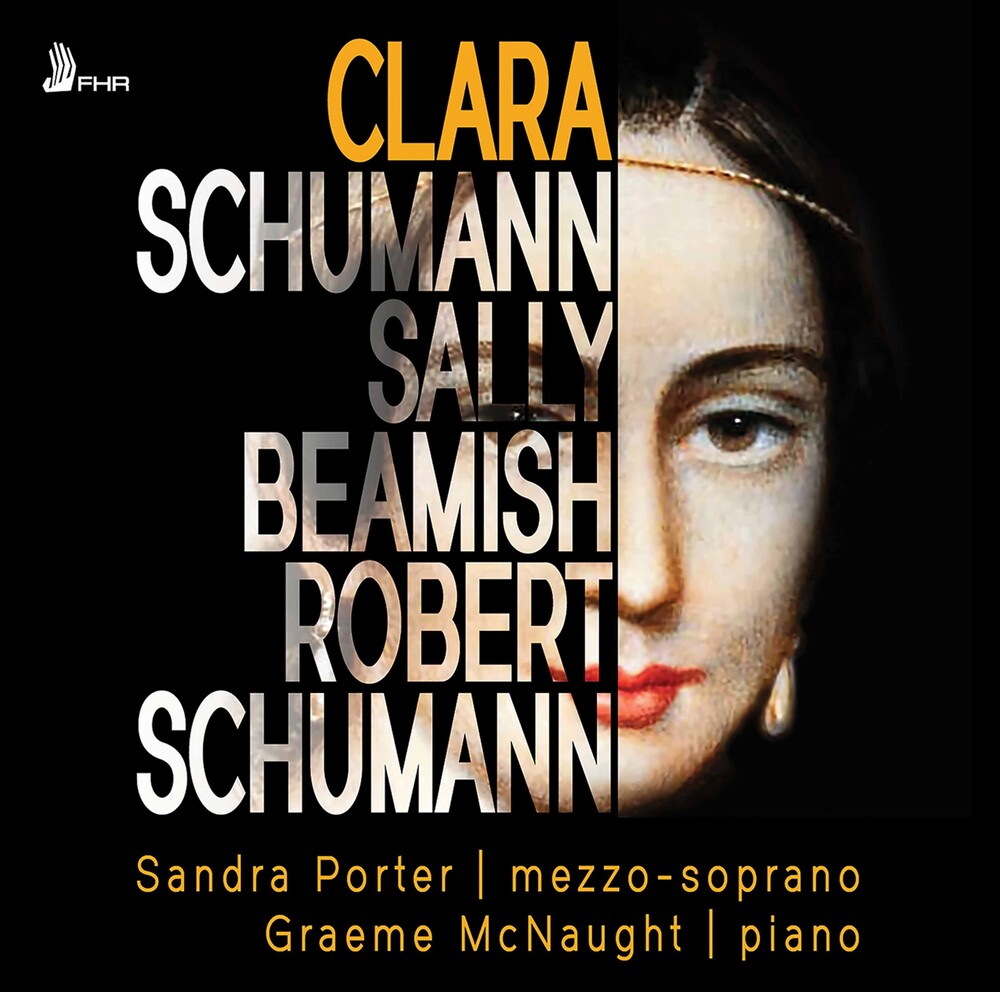 The artists on this recording, Porter and McNaught, commissioned the English composer Sally Beamish and Scottish author Janice Galloway a work to pair with Robert Schumann's Frauenliebe und -Leben so they could be sung together in recital. Robert Schumann's song cycle is such a famous work, most singers and pianists will tackle it at some point in their careers - they are the most beautiful songs. Inspired by Frauenliebe und -Leben, Beamish and Galloway created Clara, a wonderful work in which Clara Schumann's life unfolds in a soliloquy brimming with drama and heart stopping tenderness. From a childhood controlled by a dictatorial father, Clara went on to marry Robert. Robert Schumann was a troubled man of genius whose suicide attempt led to his early death in an asylum which could offer little hope. Left to pick up the pieces, Clara, who bore him 8 children, became the foremost piano virtuosos of her time and outlived him by 40 years. Also included in this recording are some of Clara Schumann's greatest songs, a perfect opening to this brilliantly concepted album.
back to top