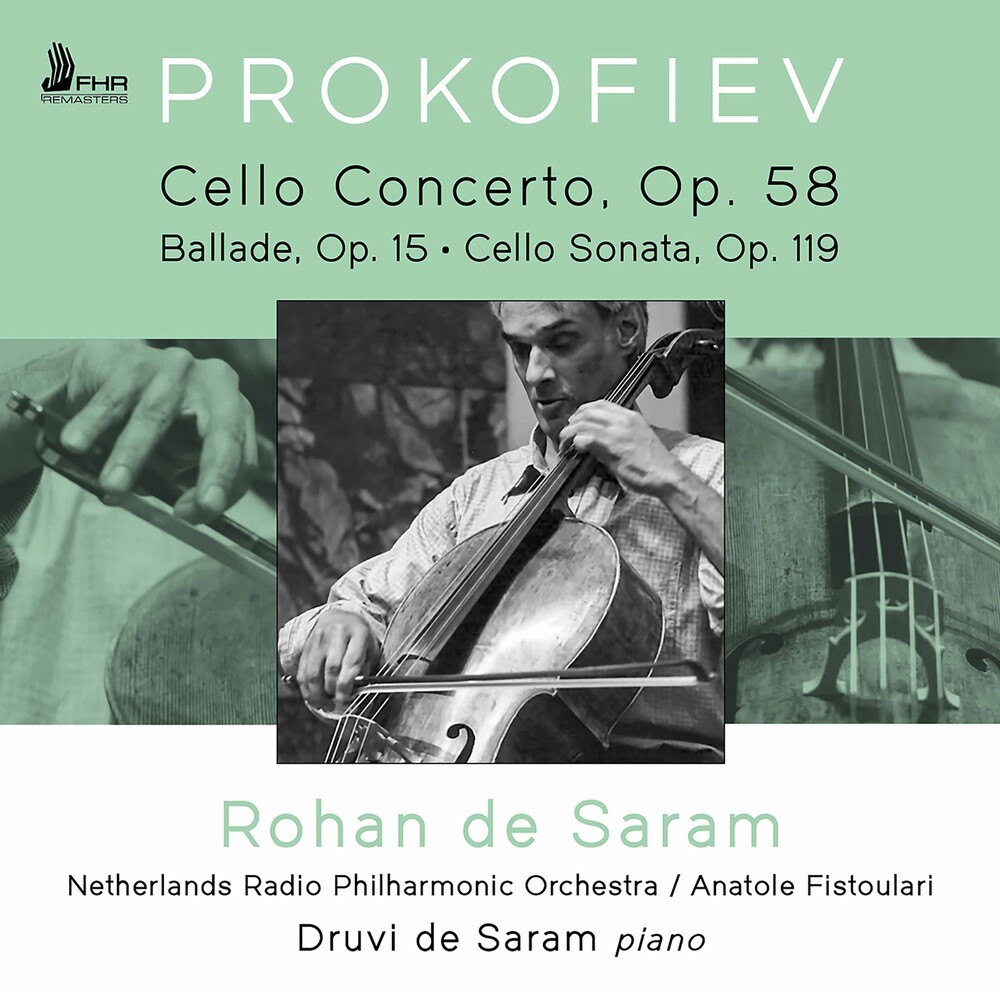 All recordings featured on this album are live studio recordings made in 1971 and 1972 for radio broadcast in Holland. Written for the great cellist Rostropovich and considered one of the most difficult cello concertos, Prokofiev's Cello Concerto, Op. 58 is not often recorded and thus this FHR album is a welcome issue. This concerto is the composer's original version of his Sinfonia Concertante in E minor for cello & orchestra, Op. 125. For the other two works on this album, the Ballade, Op. 15, written when the Prokofiev was only 21, and the Cello Sonata, Op. 119, written just a few years before the composer's death, Rohan de Saram is joined by his pianist brother, Druvi. Working extensively across Europe and Asia, Druvi de Saram has preformed in leading venues in London and Europe.
back to top