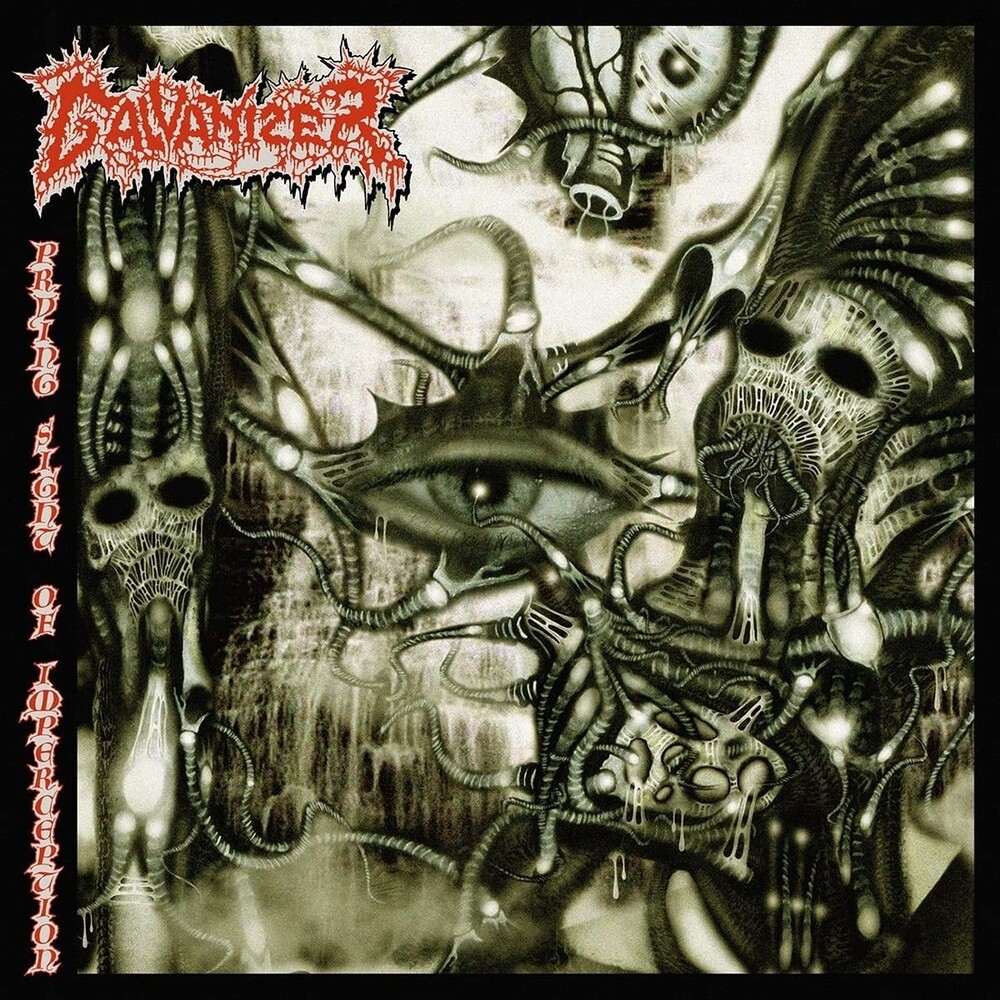 Vinyl
$39.99
DISC: 1
1. The Sanguine Legacy
2. Servants of the Scourge
3. The Inexorable
4. Blaze from Within
5. Chthonic Profanation
6. Ground Above
7. Dia de Muertos
8. The Ever-Crescent
9. Grotesque Devotion
10. Of Flesh Unknown

Hailing from the death metal hotbed that is Finland, GALVANIZER emerged in 2013. Their 2018 debut full-length, Sanguine Vigil, stormed the scene and earned the band a huge amount of respect in the underground with their violent brand of grinding death metal. Now it's follow-up is to be unveiled to the world. Titled Prying Sight of Imperception, this record does not approach with shyness or reserve; rather, it jumps into a riveting cascade of rotten guitars and pummeled drums that pulverize you as the maniacally snarled vocals spew forth. It's beginning should grab any death metal fan who takes the genre seriously with it's primal artillery or pure carnage. Taking the core of thrashing instrumentals and barbaric grooves to the logical conclusion, a swamp of pure & filthy death metal ecstasy, there is no turning back once you hear GALVANIZER. Once they cave your skull in with their sonic savagery, you will not need convincing to become a part of the odious mass of fans blasting their rotten hymns of devastating death. Prying Sight of Imperception is a cut of ferocity that knows no remorse, hammering bestial barbarity to corpse-splitting effect. From the tormenting heaviness of the drums to the unending riff-fest and certainly not forgetting the malignant vocals, GALVANIZER's latest offering is a storm of hellish intensity that gets in, rips you apart, and leaves without having time to offer so much as a single weak riff.
back to top