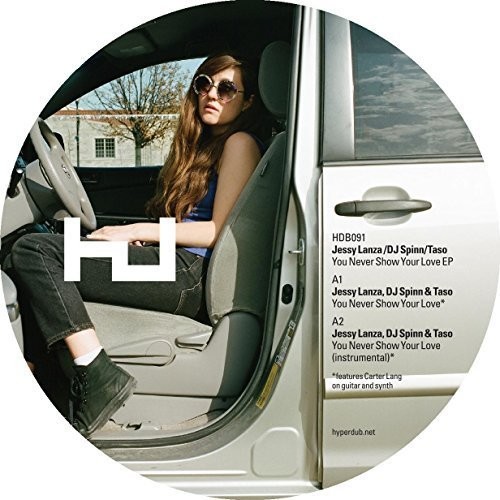 Jessy Lanza meets the Teklife crew on this sultry EP, with DJ Spinn and Taso's first-released R&B track, and a Teklife footwork remix with assistance from the late DJ Rashad. The main mix is a dejected confessional slow jam with Jessy's plaintive vocal sitting in the middle of spiralling drums and teardrop-like chords, a gentle guitar refrain dropping in at the end like a comforting hand on the shoulder. Following an instrumental version, the Teklife mix doubles the tempo, switching the gentleness to deliver an interpretation that touches on tense anger, with the sweeping chords the track is built on snapping into shivering shapes, as strings simmer in the background, building the tension. Also included is Bambounou's remix of 'Fuck Diamond', a track on Jessy's 'Pull My Hair Back' debut album, which appears here on vinyl for the first time after an initial CD-only release last year on the 'Hyperdub 10.4' compilation). Bambounou transforms it into a rough drum machine workout, leaving sparse elements of the original in place - a splash of vocal and a held chord - building a dynamic trance that slips and slides in and out of different patterns.