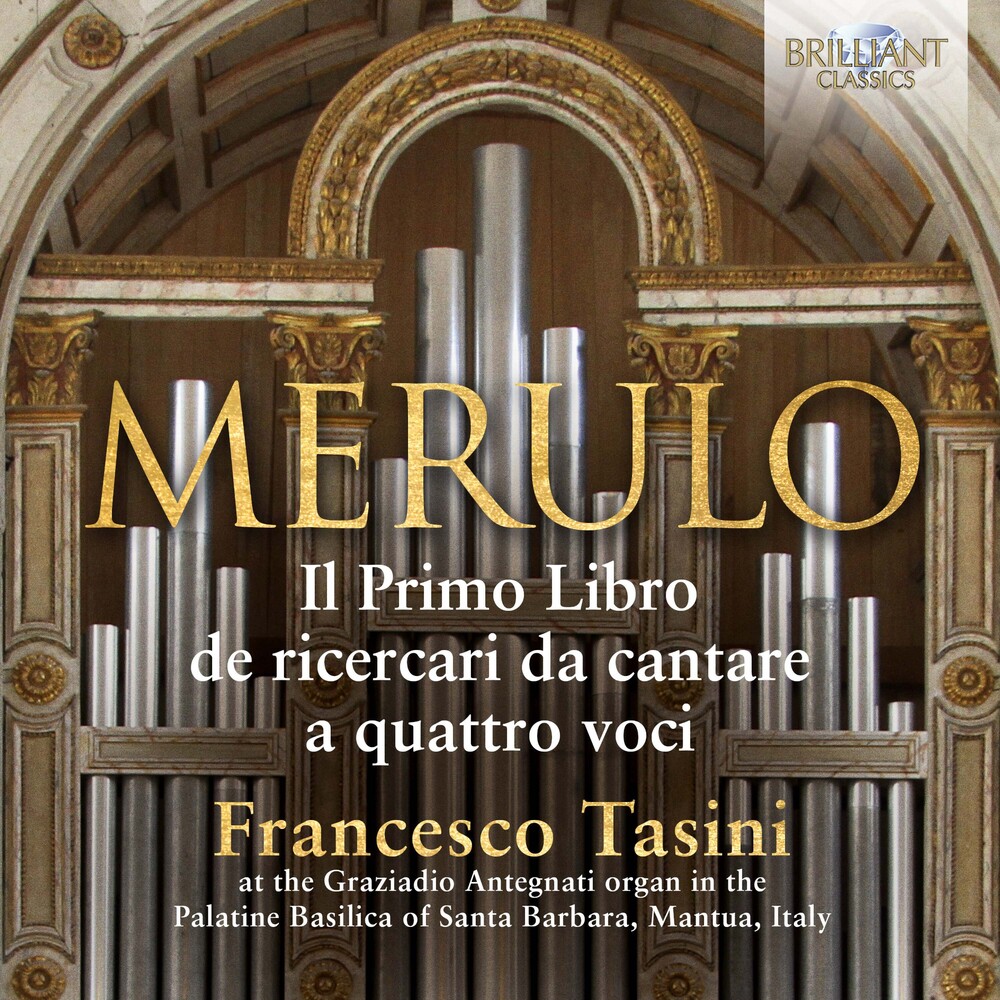 According to fellow organist and composer Costanzo Antegnati (1549-1624), Claudio Merulo (1533-1604) was famous for 'the sweet way he played'. In the 16th century the term 'sweetness' was mainly related to the practice of 'diminution', or ornamentation, with skillfully executed passeggiando and a 'judicious breaking up of the figures', so that the application of the coloratura might confer a personal and lively chiaroscuro effect. In 1574 Merulo published Il primo libro de ricercari da cantare, a qvattro voci in four separate vocal part-books (soprano, alto, tenor, bass), and for this album Francesco Tasini has aptly scored, intabulated, adapted and diminished the Ricercari for performance on the organ. Out of respect for Merulo's original, Tasini's diminution of the 19 Ricercari of the Libro primo always retains each part as it appeared, deliberately abstaining from any temporary suspension of a line which could be brought about in order to give space to the coloratura of another part. The process of diminution is not limited to the 'filling in' of long note durations with passages of short notes; it also includes a rhetorical game enacted between the parts through syncopes, delayed entrances, changes of register, slurs and various echo and other effects to achieve an underlying lively discourse, as well as arpeggio effects typical of organ practice which Tasini has modelled on numerous passages found in Merulo's two books of Toccate. The addition of coloratura highlights and brings out the formal division within each ricercare and, in addition to the cadences, establishes a different application for each new subject, so as to enhance it's distinctive features.