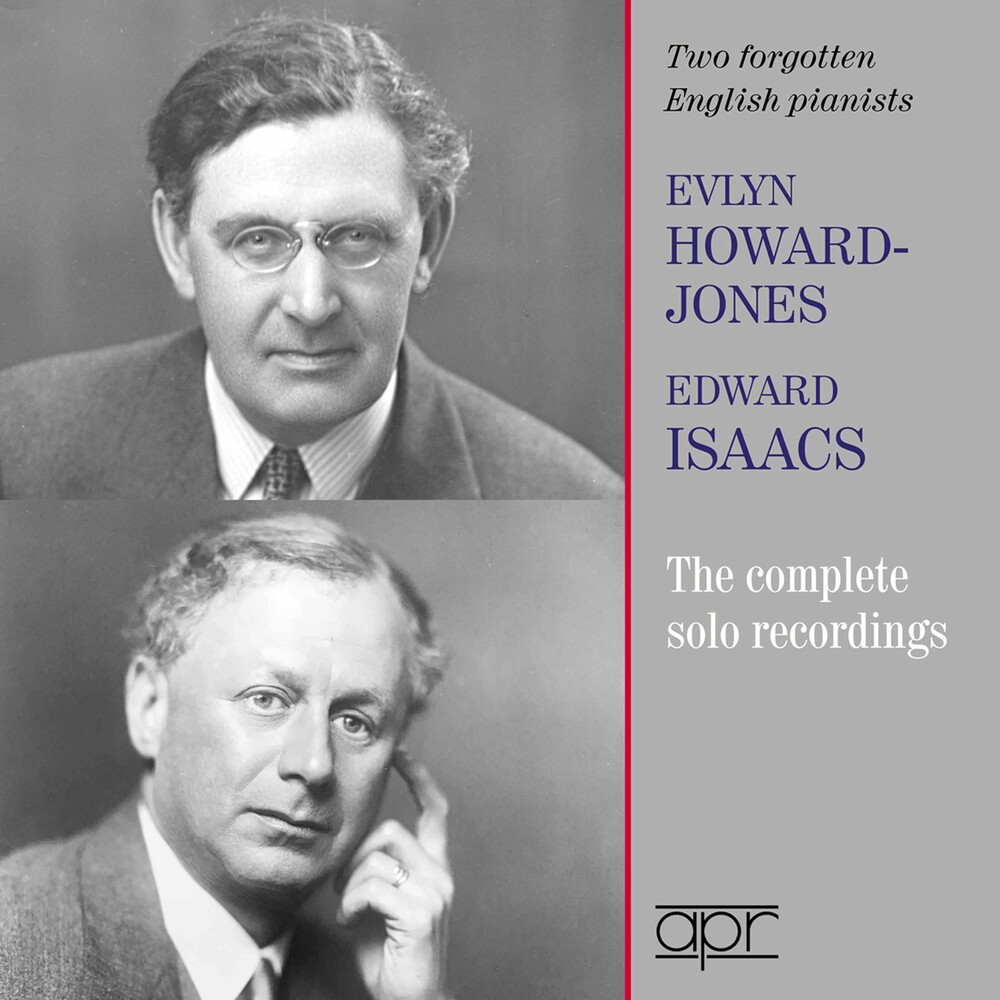 THE TWO PIANISTS featured here were contemporaries, both English. Both made a small number of recordings for Columbia between 1926 and 1930 and today are largely forgotten. Howard-Jones was of an academic nature whose interpretations were described as having 'scholarly and fastidious profundity'. He excelled in Bach and Brahms and his 'Well-Tempered Clavier' recordings in particular offer playing of rare spirituality and beauty. As a friend of the composer and dedicatee of five of the piano pieces, his Delius recordings, which comprise the complete meagre published output for solo piano by the composer, have a unique authority. Edward Isaacs, who revelled in the repertoire of Chopin and Liszt, was described as 'a kindly genial companion and a witty charming raconteur'. His recordings radiate brilliance and joie de vivre. This is the first time most of these discs have been reissued since the days of the original 78s. An added bonus is the discovery of a wonderful previously unpublished Howard-Jones recording of Beethoven's Rondo in G major.
back to top