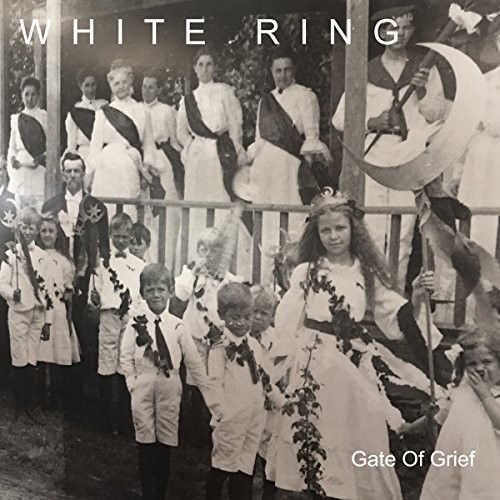 Vinyl LP pressing. 2018 release. White Ring mark a triumphant return with Gate Of Grief. Their debut album arrives a full eight years since their benchmark EP, Black Earth That Made Me, which sold out almost instantly, making their records some of the most highly sought after on the underground scene and earning them a cult following across the globe. Swerving from aggressively abrasive to beautifully ethereal and drawing from a varied and challenging palette, they tackle loss, acceptance, struggles with drug addiction and existential dread. Originally formed by Bryan Kurkimilis and Kendra Malia, before they were joined by Adina Viarengo, with Bryan and Adina currently touring as a duo, they are one of the most acclaimed proponents of the witch house movement. Blending heavy, distorted electronics with eerie, unsettling vocals, this new release, created over the course of seven years, pushes the boundaries even further, subverting genre ideas and mashing them all together, with industrial, metal, rave, chopped and screwed, rap, grunge, neo folk, post punk and new wave all in the mix.
This website uses cookies to personalize content and analyse traffic in order to offer you a better experience.
I accept Learn More
back to top