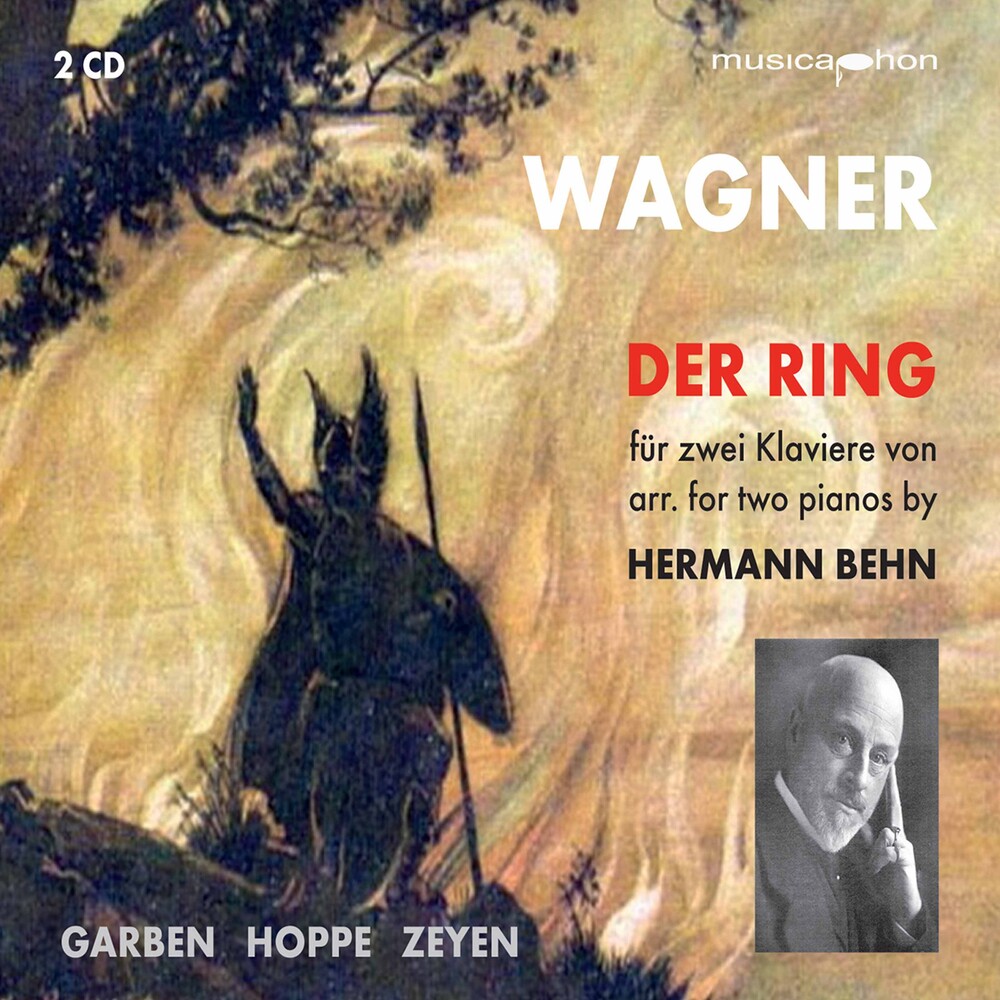 The Hamburg composer Hermann Behn (1859-1927) bore, like numerous other composers of that time, the hard fate of Wagner's succession. After he had largely ended his compositional activities around 1883, he developed another great talent, i.e., the transference of compositional structures and the musical content of symphonic works by other composers to two pianists on two pianos. Here he broke new ground exactly at the time as the circus of excessive virtuoso opera rhapsodies of the super virtuosos collapsed. Through the use of two instruments and the development of a completely new tonal arrangement, Hermann Behn succeeded in overcoming the limits of the piano. If his arrangement of Gustav Mahler's Second Symphony for two instruments turned out more or less traditional, in that the substance of the score was divided up, well-playable, between four hands, then an entirely new dimension of the rendition of symphonic music on the piano began, after Behn's extensive studies of individual works, primarily overtures from various epochs, with the turn to Richard Wagner. The undoubtedly most extensive project ever realized in the area of transcriptions for piano, the "Fifty Symphonic Movements from Richard Wagner's Master Dramas," was commenced in 1914. Behn found his very personal symphonic sound already in the arrangement of the first fragments of the "Ring of the Nibelung". To this end, he skillfully employed the doubling of chord progressions and nearly absurdly wide spans in the left hand, which could only be performed in "broken" style, i.e., by means of the rapid arpeggiation of the notes from bottom to top. In this way, an entirely intended inexactness in the congruence between the two players was inevitably produced, which - with ample use of the pedal - leads to an until then unheard-of tonal richness.
back to top