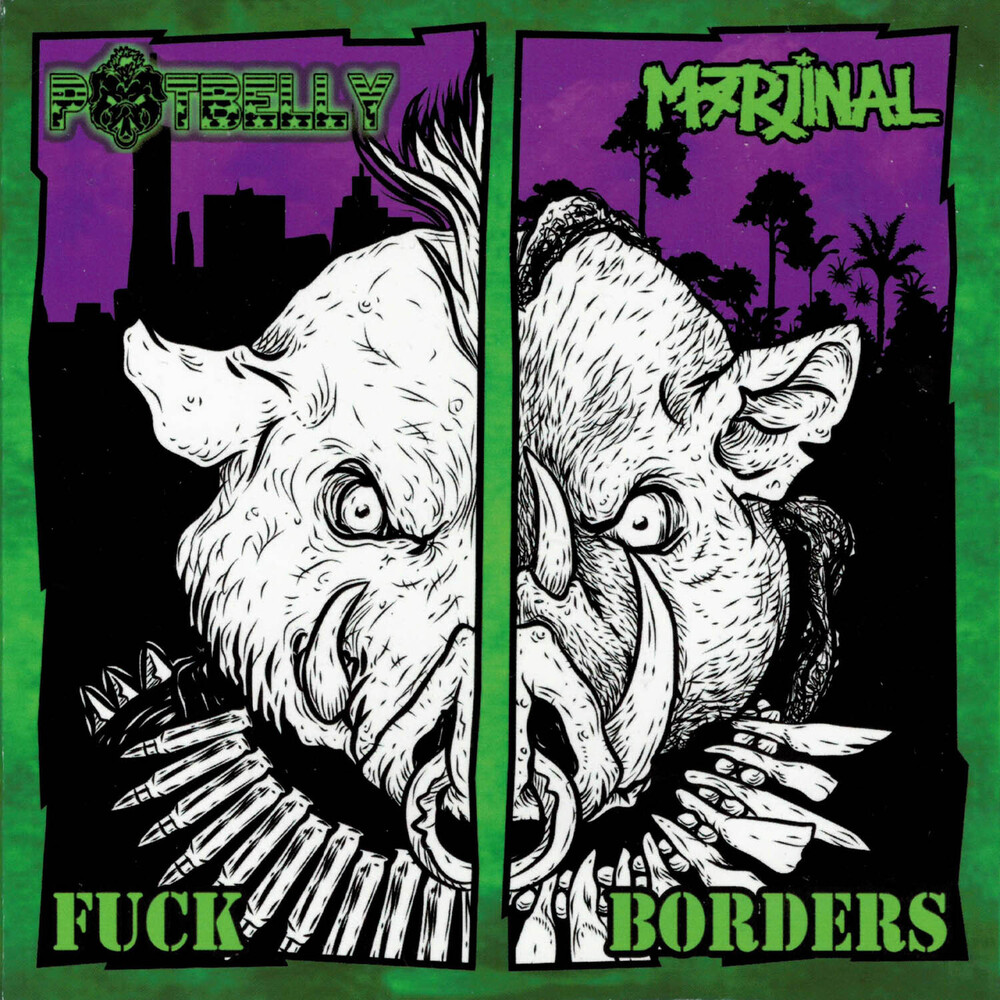 This record, a split recording pairing Potbelly from Washington State with Marjinal from Jakarta, Indonesia. I saw Potbelly at CafĂ© Nela a few years ago and it was a great show. Certainly, a hardcore band, but they obviously had wider musical tastes that came out in their songs and playing while still staying within the realm of hardcore. And singer Jason isn't your typical hardcore shouter. In a way he reminds me of Shawn Stern from Youth Brigade in that he actually sings with a fine vibrato. He can shout too and can also lead a hooky, stadium rock style chant as in the song Felony Girls. Like Jason Potbelly, Marjinal singer Mike actually sings. Chuck Dukowski once described the singer of The Cheifs as having a "soulful" voice. He pointed out that he did not mean they sounded like The O'Jay's or something like that. He meant that he sang from the heart and was really putting something from deep inside into his delivery. Both bands also promote human decency and fight against racism and sexism. The title implies that we are all one and 'borders' are an unnecessary evil. Marjinal, one of the most popular bands on the Indonesian scene today, not only promote music but also operate a soup kitchen for the massive quantities of orphans on the streets of Jakarta. -Jaime Pina (45 Grave/Christian Death)
back to top