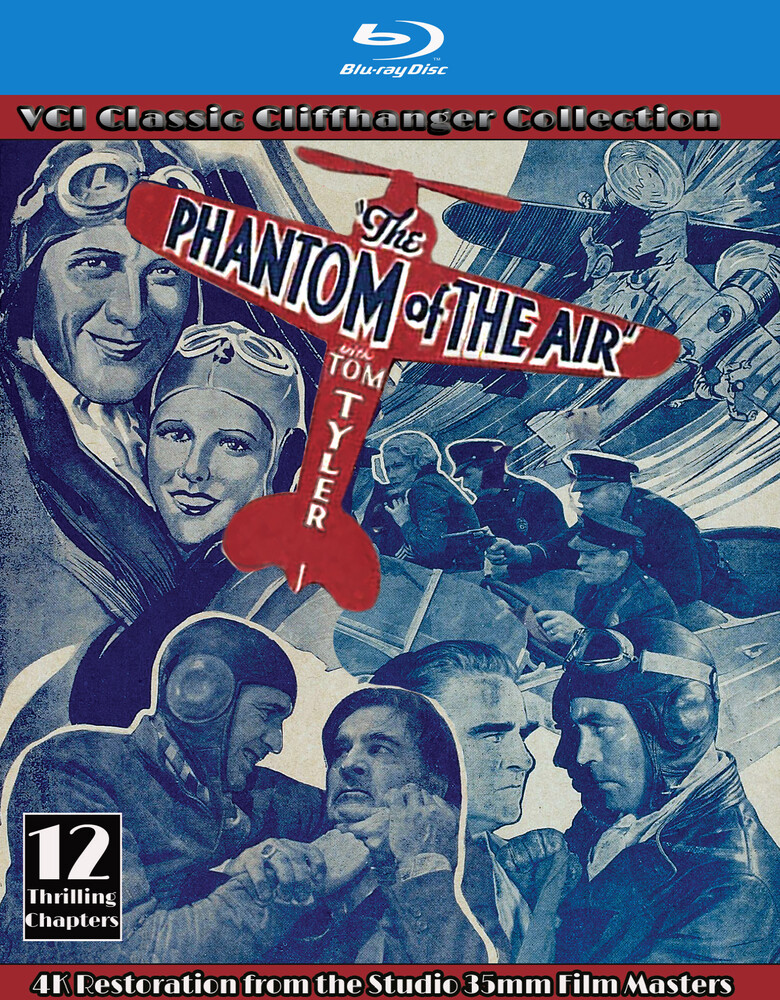 The Phantom Of The Air
Format: Blu-Ray
New: Available $29.95
Wish

After inventing an anti-gravity device called the "Contragrav," scientist Thomas Edmonds and his daughter, Mary, attend the National Air Races in Cleveland, Ohio in search of a pilot to demonstrate the device and Bob Raymond, from the U.S. Border Patrol, is chosen. Unbeknownst to Edmonds and Mary, Mortimor Crome, who is the owner of the International Import and Export Company and a friend of Mary's, is actually the leader of a gang of smugglers and is after Edmonds' invention. During the demonstration at the air meet, Bob Raymond narrowly escapes death after his aircraft is sabotaged by Mortimer Crome and one of his cronies. This leads to Raymond being all-in and coming to Edmonds' aid in foiling Crome's plans and ultimately defeating him, using another of Edmonds' inventions, which was a "superplane," called the "Phantom."