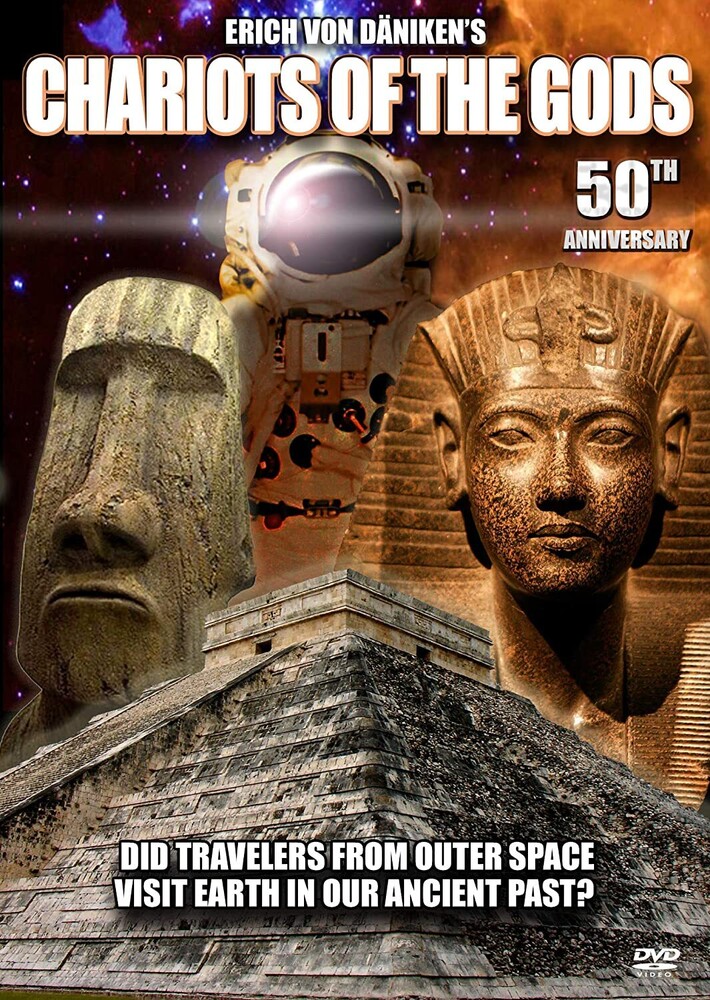 VCI is pleased to present this iconic, ground-breaking documentary in a new 2K restoration from the original 35mm negative! Based on Erich von Daniken's book purporting to prove that throughout history aliens have visited earth. The Academy of Motion Picture Arts and Sciences has included "Chariots of the Gods" in their list of the Top 100 Documentary Films of All Time. "Fifty million stars in our galaxy have the potential of supporting life forms capable of traveling to other planets," says world-renowned authority Erich von Daniken, whose film version of his best- selling book, CHARIOTS OF THE GODS, gives stunning visual proof that some form of life from outer space landed on Earth centuries ago. It took five years for von Daniken to document, on film, the physical evidence of visits by galactic travelers who came to Earth. Just what they did here and the influences they left behind is the core of the film. In search of basic truths, the film, CHARIOTS OF THE GODS, takes the viewer into the far reaches of underground caves and tombs, and to the tops of desolate mountains on every major continent to show the evidence von Daniken has been collecting. Although this controversial film may provide the answers to age old mysteries, it may be the beginning of an entirely new set of questions. Recognized by the Academy of Motion Picture Arts and Sciences one of the Top 100 Documentaries of All Time. Bonus full-length documentary, "Mysteries of the Gods," continues von Daniken's travels to every corner of the Earth bringing fresh and shocking proof that extra-terrestrial life exists and has been here before.
back to top