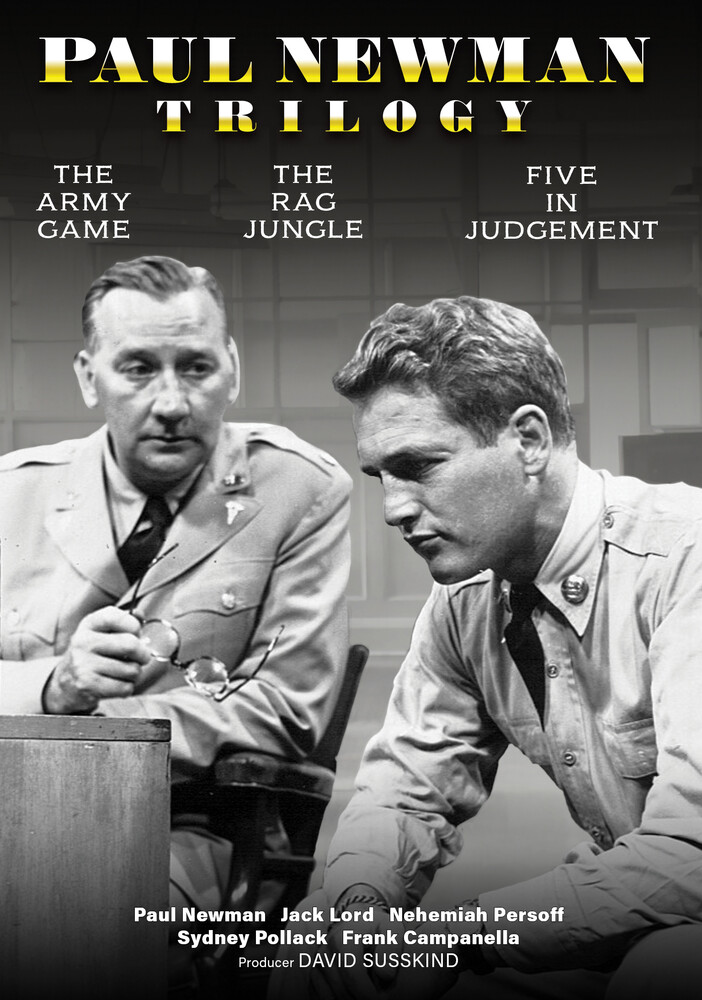 "Five In Judgment" has 2 hitch hiking college kids forced to seek shelter from a storm in a small town diner where they're falsely accused of committing murder. The diner customers and owner terrorize the boys in the belief they committed the murder, only to discover the horrible truth. "The Rag Jungle" has Newman working for his father as a clothing manufacturer. They run up against racketeers demanding protection money, Newman refuses to pay and after his father is attacked, he organizes other manufacturers to stand up against the gangsters. "The Army Game" portrays Newman as a spoiled mama's boy, a 9 letter man in college and a narcissist who doesn't want to be in the Army. His efforts to get a discharge anger his friends and barrack mates and it's not until he's attacked in the barracks that he's given his discharge.
back to top