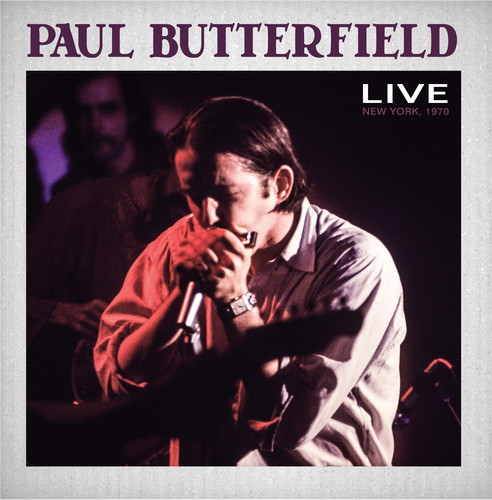 This double CD, recorded in December 1970 was recorded and radio broadcast from A&R Studios in New York City in front of a live audience. The lineup is mostly the same as the one that recorded the Elektra label live album the previous March at the Troubadour in Los Angeles with Paul Butterfield on vocals and harmonica, David Sanborn on alto sax, Gene Dinwiddie on soprano sax, Trevor Lawrence on baritone sax, Steve Madaio on trumpet, Ralph Wash on guitar, Rod Hicks on bass guitar, and Dennis Whitted on drums. While there is little doubt that the Butterfield Blues Band took a hit when Mike Bloomfield left, the group compensated by shifting musical direction, adding a horn section. Every new album represented a progression in the blues idiom, synthesizing and rearranging elements of blues, soul, rock, and jazz into something new and exciting