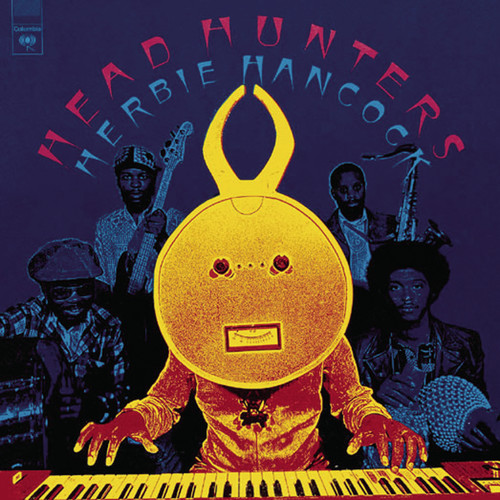 The album that shook up both the jazz and rock worlds - and made Herbie Hancock a superstar! In it's original release, this LP proved to be a very important recording that bridged jazz, funk and rock, and was a precursor to techno. Reissue producer Bob Belden has made this new CD sound better than ever and this definitive version also boasts great new liner notes by Herbie Hancock himself.

''Head Hunters'' is the twelfth studio album by American jazz musician Herbie Hancock, released October 13, 1973, on Columbia Records in the United States. Recording sessions for the album took place during September 1973 at Wally Heider Studios and Different Fur Trading Co. in San Francisco, California. ''Head Hunters'' is a key release in Hancock's career and a defining moment in the genre of jazz fusion. In 2003, the album was ranked number 498 in the book version of ''Rolling Stone'' magazine's list of the 500 greatest albums of all time. In 2007, the Library of Congress added it to the National Recording Registry, which collects "culturally, historically or aesthetically important" sound recordings from the 20th century. - Wikipedia