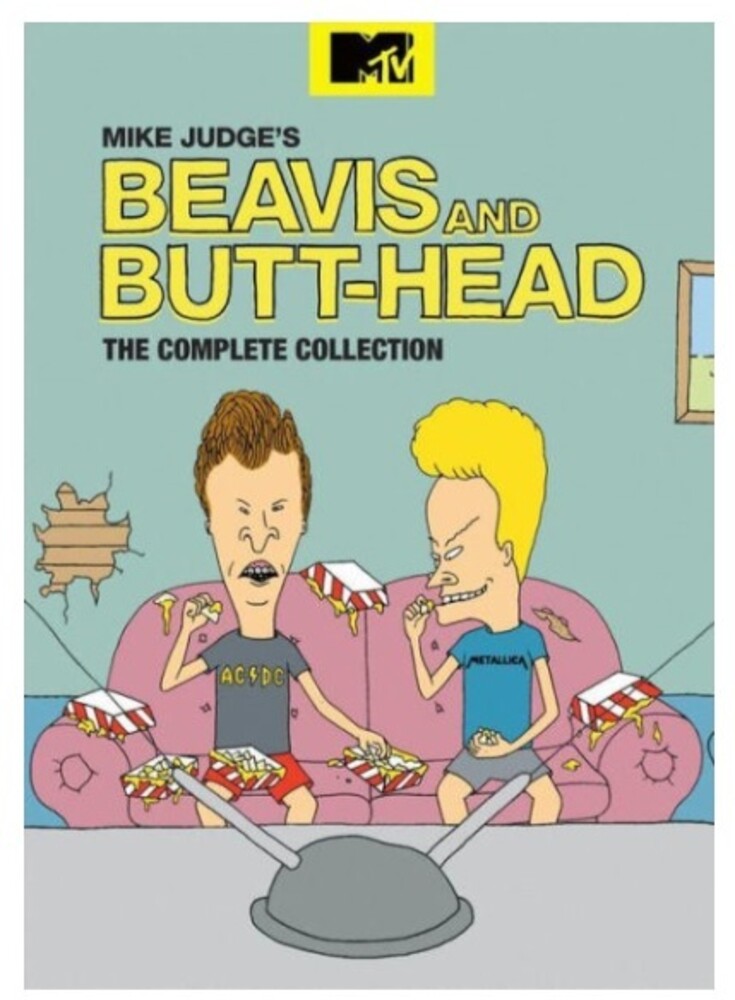 Join creator Mike Judge's lunkhead metal maniacs for all their animated antics in MTV's classic cartoon series. Watch as Beavis and Butt-head sit on the couch and eat nachos, annoy their neighbors, classmates, and teachers, and try to score with chicks. All 200 episodes from the original 1993-1997 run, all 22 episodes from the 2011 revival, and the special edition of "Beavis and Butt-head Do America" (1996) are collected on 12 discs. 17 1/3 hrs. Widescreen; Soundtrack: English.